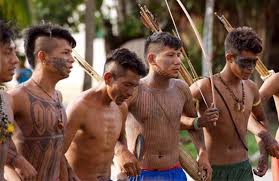 Brazil has one of the most advanced legal frameworks in Latin America and the Caribbean region (LAC) related to the recognition of land and property rights. Yet the situation on the ground differs significantly from the legal provisions. The lack or weaknesses of land records; the convoluted mechanisms to measure, regularize and register both public and private land; the influence and control of land owners over political decision making; the historic and fundamental socio-economic inequalities; and the unequal access to and control over land makes it technically and politically challenging to implement a rights-based, responsible land governance framework in Brazil.

Brazil is a country with continental dimensions. A total land area of 8,358,140.0km² is divided into 1,61% of urban land area and 98,39% of rural land area, while the Amazon (overlapping both urban and rural areas) accounts for nearly 49% of the country territory [7] . Brazil is also an urban country. Eighty six percent of the population lives in urban areas [24]. From the 5,570 cities in the country, nearly 30% of the population lives in the major 40 cities, that have over 500,000 inhabitants [25]. Taking a closer look at those cities, in most cases most of the population is highly concentrated in informal settlements, which represent small areas of the cities territories. In Recife, for instance, nearly 53% of the population lives in less than 30% of the urbanized land area. Concentration of people close to urban infrastructure, often insufficient, is a reality in various levels. More than 80% of deforestation in Brazil was associated with forests being cut down for pasture [29].

Forest land owned by Indigenous Peoples and local communities: Forests are considered to be “owned” where communities have full legal rights to secure their claims to forests, defined in RRI’s rese

This indicator presents the score of the "Land Owership" component of the Global Open Data Index (GODI) 2016/2017.

This indicator measures the weghted proportion (%) of respondants who have been requested to paid a bribe, among those who contacted land services.

Naturally regenerated forest of native species (1'000 Ha), where there are no clearly visible indications of human activities and the ecological processes are not significantly disturbed.

Forest land designated by governments for Indigenous Peoples and local communities: Ownership of forest land under this category remains claimed by the state but some rights have been recognized by

Property rights are a cornerstone of economic development and social justice.

This indicator is a sub-component of the Restricted Resources and Entitlements Indicator and measures whether women and men have equal and secure access to land use, control and ownership.

Other land (1'000 Ha) is the land not classified as Agricultural land and Forest area. It includes built-up and related land, barren land, other wooded land, etc.

Please, select year and panels to show the info.

Please, select year and panels to show the info.