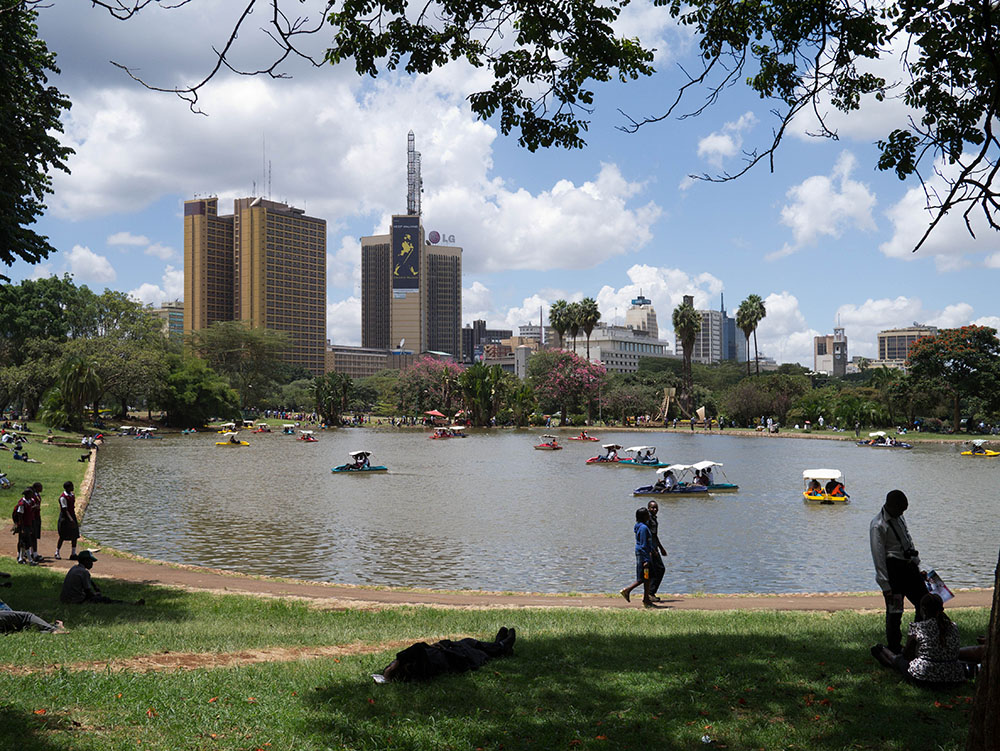 With the expansion of cities and urban infrastructure comes a growing need to better understand the relationship between people and land in urban and peri-urban areas.

Urbanization is a global phenomenon. Countries throughout the world are rapidly urbanizing, particularly in the developing world, and for the first time in human history the majority of people today live in urban areas [1]. By 2050, 66% of the world’s population is projected to live in urban areas. The most urbanized regions include Northern America (82% of the population living in urban areas in 2014), Latin America and the Caribbean (80%) and Europe (73%). In contrast, Africa and Asia remain mostly rural, but are urbanizing faster than the other regions and are projected to become 56 and 64% urban, respectively, by 2050 [2].

The causes of urbanization include natural population growth and rural-urban migration, which can result from under-employment in rural areas, poor agricultural conditions, reclassification of rural to urban land, conflicts in rural areas, and from the prospect of better economic opportunities in urban areas. The consequences of rural-urban migration include the densification of certain parts of the city, often resulting in informal settlements. Urban sprawl and the expansion of the urban footprint may also result—either through formal or informal processes.

Urban population projections highlight the increasing demand for land, both for housing and food production, as well as for a variety of economic activities related to urban land.  However, since land is a limited resource and increasingly unavailable within cities across the world, intensified pressures on urban land can lead to a shortage of land and skyrocketing land values. To the urban poor, this means that access to land becomes increasingly difficult, be it for housing, food production, or trading. Lack of access to land can result in “informal” or unregulated land management and occupation.

Meanwhile, as competition for land intensifies, nearly 70% of land systems across the globe remain undocumented [3]. Particularly in developing countries, enormous surfaces are covered under social tenures, informal and overlapping rights. Land regularization is not a feasible option to the majority of informal dwellers due to financial, technical and judicial barriers. As a result, rapid urbanization is often associated with a decrease of tenure security, particularly for the urban poor. This can negatively impact millions of people.

In 2015, the United Nations (UN) Special Rapporteur on Adequate Housing as a Component of the Right to an Adequate Standard of Living acknowledged the increasing rates of forced evictions with impunity, the expansion of informal settlements (often without basic services like water, sewage, electricity or roads), the development of unaffordable rental properties, and the tenure insecurity of millions of people [4].

With security of tenure, people are more likely to invest in their families, homes, and futures [5]. When households and communities have secure tenure, they are more willing and able to engage in housing and settlement development processes. When land tenure is secure, land can be a cornerstone for economic growth and an incentive for investment, but when land rights are insecure, this can lead to conflicts, instability and the exclusion of vulnerable groups, such as women, Indigenous Peoples and the poor.

Land tenure rights recognition (urban) measured on a scale from A - which stands for good practices - to D - reflecting weak practices.

Land use planning guides expansion in the largest city measured on a scale from A - which stands for good practices - to D - reflecting weak practices.

Process for urban expansion clear, public, respects rights measured on a scale from A - which stands for good practices - to D - reflecting weak practices.

Urban group rights recognition in informal areas measured on a scale from A - which stands for good practices - to D - reflecting weak practices.

Urban population refers to the share (%) of people living in Urban areas as defined by national statistical offices. It is calculated as the ratio between Rural Population and Total Population.