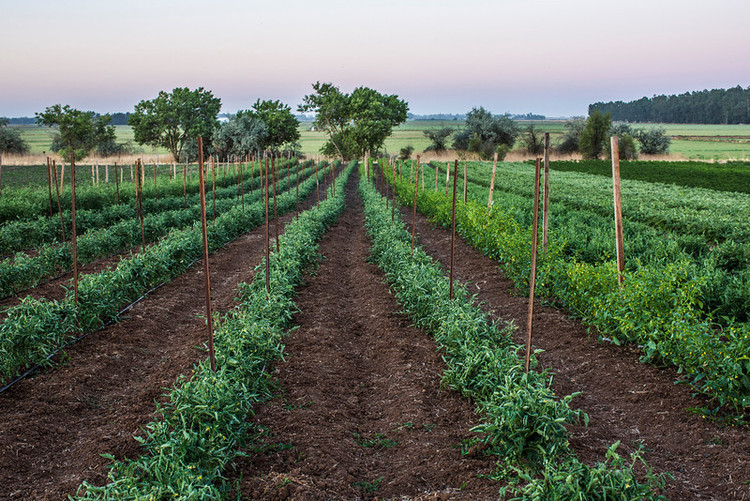 There is power in language and there is no doubt that the words we use denote power dynamics. Using the right language, and to some extent the languages we speak, affect our ability to participate in the world around us, to act upon it and to strive for and enact social change. In the Canadian context for example, English and French are, among other things, languages of power, used in everyday contexts from offices to parliaments where the use of other indigenous languages such as Cree, are excluded from popular discourse.  The same is true of the Berber languages, in North African contexts for example, as well as countless other countries and languages across the globe.  Furthermore, research also shows that factors such as the specific words we choose to use, the way we structure our sentences and even our intonation, can affect how we are perceived and the opportunities which we have access to.

Land governance in particular, is a topic that is debated in many languages, across many different academic disciplines and in all parts of the world.  Land is also a word that comes with political significance and which is often contested in a variety of different fora.  A new “land thesaurus” LandVoc, a specialized sub-vocabulary within AGROVOC, hopes to create a level playing field. When it comes to using land related terms in metadata tagging, LandVoc has proved to be key to make land related research and data universally discoverable.  It aims to do so by making its 310 land-related terms available in languages from Swahili to Khmer.  It also works to ensure equivalencies in terms, not only between natural languages but within languages as well.  Direct translations such as “land governance” and “governanza de la tierra” are as important as equivalencies such as “slums” and “informal settlements”.

Why does translation of these terms matter? Because we want the discourse around the terms that matter to us, be they centered around land rights, food security, rural development and beyond, to be inclusive and representative.  We want our fellow colleagues, who speak a variety of different languages, to be able to read related content in languages other than English, because those are made available to them online.  LandVoc, in essence, is about creating a platform through which equivalences are found between a diversity of languages  - natural, technical, vernacular - to allow meaningful communication and collaboration between users. It therefore seeks to enable a more complex and interactive process than straight-forward translation.

While this process presents its fair share of challenges, as will be elaborated upon below, it is precisely in discussing discrepancies between terms that we can create an opportunity for important debates.

Translating LandVoc from English to Hindi

Tarun Ghawana, Land Administration Researcher from India, found that his motivation for recently translating LandVoc from English to Hindi emanated from the fact that Hindi, despite being the native language of a large community in India, is not used broadly in research work.  This is especially true for domains like urban planning, land management or land-use planning. Instead English has a dominance in its influence over debates, articles and research papers. “For a research worker to publish something on Indian land governance, for example, they must have a grasp on terms used in both the languages. However, there is no such official vocabulary available from English to Hindi, for referencing purposes. This can lead to the inadvertent erroneous choices of words and translation.” Tarun mentions.

The process of translation was a rigorous one for Tarun, which involved referring to different vocabularies for Hindi-English translations and referring to the actual land administration standards from which the new terms were originated.  In addition to this, Tarun was sure to be mindful of the context in which terms are used, finalizing and debating uncertain translations with a colleague and expert on technical vocabularies.

Translating LandVoc from English to Arabic

Sara Jani, the Project Monitoring and Knowledge Management Coordinator of the Monitoring, Evaluation and Learning platform (MEL) at ICARDA says the following of her work translating LandVoc terms to Arabic: “When I began translating the English terms in LandVoc to Arabic I was not able to find any online good Arabic -English resources specialized in agriculture in general.  This is why it is very good to have LandVoc terms be a main reference for Arabic speakers when searching for English – Arabic terms.”

For Sara, the process of translation was similar to Tarun’s.  She was hard at work for months, referring to Arabic speaking scientists, agricultural engineers and Arabic- English Agricultural dictionaries, to ensure the standards of context specific and reflective translation.

LandVoc is an extremely powerful tool in making data and information more discoverable. It connects knowledge and experiences from across the world, bridging both language and cultural barriers. LandVoc is intended to be an unbranded linking tool between the different classification and tagging systems information providers in the land sector use. "It is important to highlight that LandVoc does not attempt to be a glossary of universally accepted concepts related to land governance that will never change: language lives and evolves, therefore so should vocabularies and thesauri. While the Land Portal facilitates the enrichments technically, we do not ‘own’ LandVoc nor are we the ones that decide whether a concept is warranted or a definition is inaccurate or not. LandVoc is, in the end, an unbranded product by and for the land governance community." says Laura Meggiolaro of the Land Portal Foundation.

Let’s look at an example here.  If a user asks for a specific set of information from a database, for the machine to be able to retrieve the relevant information, it is essential that the machine also understands what the topic is.  If user A, who uploads content to this database, can fill in any word to describe the content uploaded, the machine then has no way of knowing the relationships between terms.  A common issue is when a resource may be tagged with a synonym, for example.  When user A has tagged a piece of content “favela” and user B is searching for “slums”, there is no way for the machine to know that these are indeed closely related terms.  Controlled vocabularies such as LandVoc help to mend these gaps, and work with unique IDs for each concept, with the possibility of adding several labels to that ID: the preferred term, translations in an endless number of languages, relationships between terms (A is related to B, or X influencesY, etc.). This way the machine can understand the languages and the nuances we use in languages, and help retrieve the most relevant and to-the-point information to a user’s search and information needs.

Because translation is, in part, about ensuring and allowing for representation of a variety of viewpoints, the process cannot be carried out by a one-person team.  While some terms may require simple and direct translation from one language to another, many others will require debate and even create disagreement amongst peers. Discussing translations and equivalencies of terms in these ways can actually catalyze important and meaningful discussions.

In fact, one of the lessons learned reported by both Sara and Tarun was that keeping the context of each word and translation in mind is essential to success.  They also both reported that it was difficult to get exact, precise translations every time.

Gerard Ciparisse, father and founder of the multilingual thesaurus on land tenure, which has been monumental in serving as a point of departure for LandVoc, agrees. "Moving from one language to another means moving from one socio-economic as well agrarian context to another, which has likely undergone historical, institutional and juridical evolution over time.   This is why it is virtually impossible to translate terms perfectly. In short, the translation of land tenure terms requires us to portray the lived reality of each linguistic context,  even if that means using a paraphrase, so that we can attempt to give the most accurate accounts possible." says Gerard. Gerard gives the poignant example of the term ejido, which is an area of communal land used for agriculture in which community members have usufruct rights rather than ownership rights to land, which in Mexico is held by the Mexican state.  How can we accurately translate ejidoto French or English, for example, when the word is submerged in the Mexican context and reality of land rights? Gerard mentions China as another example, where he has found terms regarding land tenure in the country, don’t exist anywhere else in the world.  He admits that some words simply aren’t directly translatable, nor are they meant to be!

There is power in language and there is no doubt that the words we use denote power dynamics. Despite some of the challenges along the way, Landvoc is pioneering the essential step of making machine readable language socially and linguistically inclusive. There is no possibility of an equitable or democratic semantic web without such challenges being met.