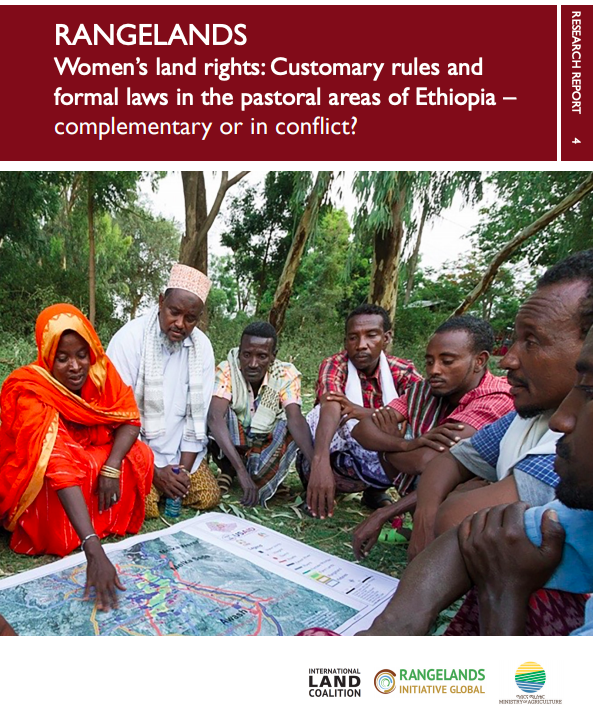 Land in Ethiopia is held by the state, who acts as a custodian for the Ethiopian people. Even though it is the state which controls land ownership, farmers and pastoralists are guaranteed a lifetime ‘holding’ right that provides rights to use the land, rent it out, donate, inherit and sharecrop it. Everything except sell and mortgage it. On paper and under existing formal laws, women have equal rights to men as far as use and control of and access to land is concerned. However, in pastoral areas, women’s land rights are highly influenced by religious and customary systems and interpretations of these. Though women may have land rights recognized by formal state laws, such rights are meaningless unless they are socially recognized and effectively enforced. It is often the case that harmful customary practices and stereotypes of women and their positions and capabilities are still prevalent in different parts of Ethiopia, resulting in limitations in women in exercising their rights.

Studies considering women’s land rights, including comparing between those provided under formal land laws on one hand and customary land laws on the other, are rare. The aim of this paper is to understand what land rights women have under formal and customary legal systems in pastoral areas in Ethiopia, how these are implemented and what their impact is, and to make recommendations for their convergence. It focuses on two pastoral regions of the country: Afar and Oromia national regional states.

The research revealed that there is a high disparity between what the law says and what is being practiced on the ground as far as women’s land rights in pastoral areas are concerned. There are diverse differences between the customary and religious systems on the one hand and the formal state system on the other. Customary and religious systems are applied more often than state laws in relation to women’s land rights as well as in conflict resolution. For example, in both Afar and Oromia regions (more specifically in Borana zone in Oromia), women can use grazing lands without limitation and discrimination. However, in Afar, women are prevented from accessing and using rural private holdings under customary norms and practices. On the other hand, in villagization areas, women are beginning to obtain private land holdings. Borana women pastoralists have relatively better land use rights compared to those in Afar.

The research recommends a promulgation/enactment of pastoral land administration laws and consideration of their acknowledgment and incorporation of customary and religious (informal) laws. In many countries of West Africa, pastoral and/or rural ‘codes’ have been developed that bring together statutory, customary, religious and other laws under one umbrella and try to provide one overall guiding framework – this is something that Ethiopia could consider. In addition there is a need for awareness creation and legal empowerment of societies, enactment of family law (for Afar region in particular) by taking into account regional realities as well as the certification of private holdings including photographs of both the husband and wife/wives, integration of the customary and religious systems into criminal law, a mobile legal service and awareness-creation activities for pastoralist communities in general and for women in particular, a thorough study to understand the pros and cons of polygamy for women in particular and society in general, and a process of cultural mapping and monitoring. It is anticipated that the government will lead these activities.