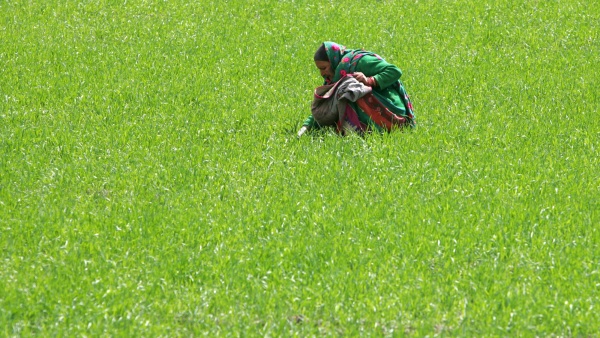 Due to decades of political and economic instability, the management and ownership of land in Afghanistan is complex, characterized by insecure land rights and extensive land conflict. Approximately one quarter to one third of rural families own no land and a significant number live in landlord houses.

The Constitution, enacted in 2004, established a legal framework for property rights. The 2007 Land Policy clarified land rights administration and institutional authority. The Law on Managing Land Affairs of 2008 represents a direct consequence of the Afghanistan National Land Policy of 2007, whose main objectives are to ensure every Afghan access to land, the promotion of an efficient land tenure system, the promotion of the optimal use of natural resources and the efficiency of land markets.

Despite the new land legislation and policies, land rights in Afghanistan remain highly insecure, particularly in rural areas, because of disputes related to access and rights to land and water, competing interests over the same land, the lack of directives related to the use of non-agricultural land and the failure of the Afghan land law to recognize the ownership of off-farm resources.

The Corruption Perceptions Index aggregates data from a number of different sources that provide perceptions of business people and country experts of the level of corruption in the public sector.

This indicator presents the score of the "Land Owership" component of the Global Open Data Index (GODI) 2016/2017.

This country-level indicator measures the extension (in sq. Km) of livestock-only systems in rangeland-based arid and semi-arid areas [LGA].

This indicators measures the country-level extension (in sq. Km) of the residential rangelands anthrome class, which includes rangelands with substantial human population.

This indicators measures the country-level extension (in sq. Km) of the "remote rangelands" anthrome class, which includes rangelands without significantl human population.

This indicator is a sub-component of the Restricted Resources and Entitlements Indicator and measures whether women and men have equal and secure access to land use, control and ownership.

This indicators measures the country-level extension (in sq. Km) of the "remote rangelands" anthrome class, which includes rangelands without significantl human population.

Share (%) of Agricultural Value added with respect to the Total Value Added produced in a given country in a given year.