A Case Study on Changes in Jolzam Village's Land Rights 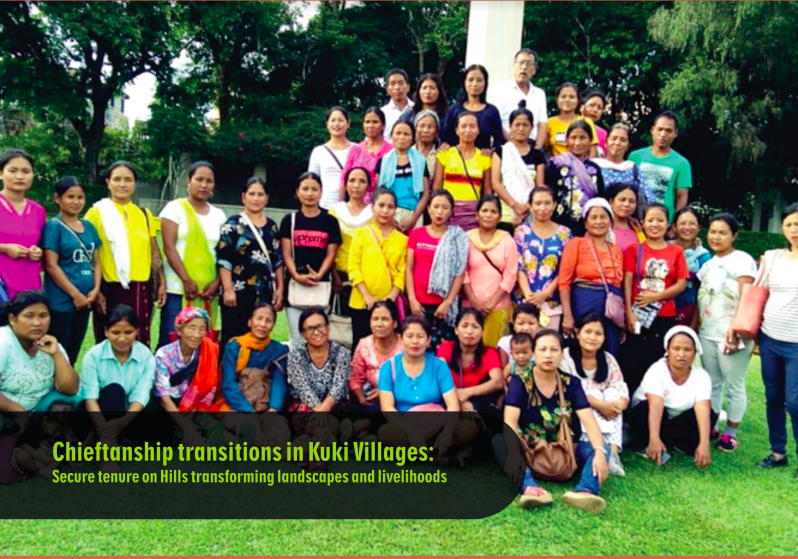 Among the Kuki tribes of Manipur, the chieftainship system of land holding is still in practice. This system is subject to highly unequal land and power relations, where land ownership is the exclusive right and prerogative of the chief. Astonishingly, villagers have no rights over land whatsoever. Clearly, the land rights system is still one of great challenges in the Kuki Society.

Despite this, there have been slight changes and evolution in land rights within Kuki society, particularly in Jolzam Village. Jolzam village, situated northwest of Churachandpur District, is one of the targeted villages of the RAS-RNBA-Brot Project. The village is seven kilometres away from District Headquarter and has three zones. Zone-I’s land is plain and contains Paddy fields. Zone-II contains foothills and community habitation and Zone-III contains hills, where there are community reserve forest areas, jhuming area and pineapple farming areas.

In the plain area and some parts of the community habitation, an individual land ownership system has been seen. An individual purchased a habitation plot (80/50ft.sqr) from the chief and paddy field where land rights was solely rest on the land owners and also he/she has a rights to sell the land within the community only with the knowledge of the village Authority. But on the hills side of Jolzam village, the chief remains the sole owner of the land. By his mercy, villagers only carry out plantation or cultivation, as long as they reside in the village and the Chief is pleased with his or her work. The villagers have no rights to sell the land they have cultivated in the hills.

One of great changes after the implementation of RAS-RNBA-Brot project was that, allotment of land to four widow women took place, with an area of one acre each. Through discussions and suggestions on improvement of land holding rights system in Jolzam Village, the Chief said that “whoever wants to carry out any plantation for a long term period of time, I will allot him or her a land and if required I will issue him or her any land documents for accessing any scheme”. The chief showed much concern about land rights and encouraged his landless villagers.

There has been a massive increase in pineapple farm cultivation in Jolzam village. More than 70% of the villagers now practice pineapple farming ranging from one acre to two acres of land. The villagers have now also adopted banana plantation, lemon plantation, edible tree as well as edible wild turmeric plantation, all of which have never practiced before and this has influenced the neighboring villages. One of the great changes and impact to our project village , Gamnom village, is mentioned below

Thus, the community stakeholders are becoming more aware on democratic system of land holding rights in the present society.