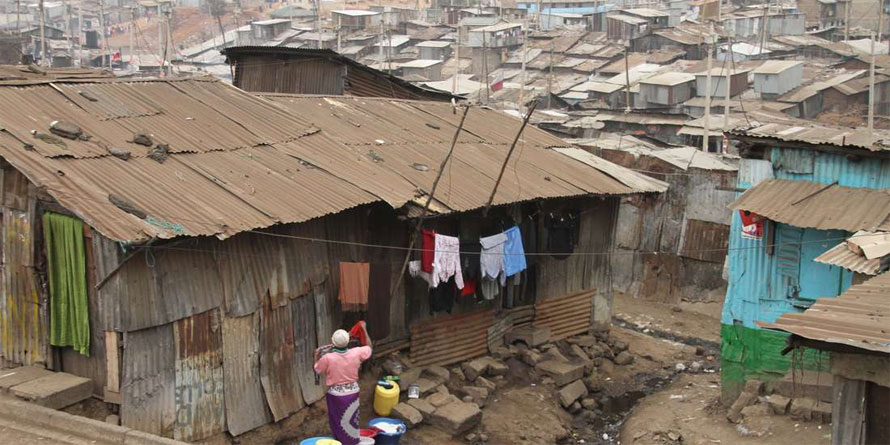 Four years ago, I was part of a research team looking at access to land and basic services in informal settlements.

We conducted field interviews in Mukuru slums in Eastlands. We were amazed at the levels of development in the area. People were constructing permanent structures despite the fact that they were under the impression that informal settlements are characterised by temporary structures.

Four years later, there are ongoing discussions to address the plight of informal settlements. A fundamental starting point is to address issues of tenure security.

Many informal settlements sit on land whose ownership is either contested or multiple between the legal title holders and the legitimate holders.

A lot of discussions focus on securing tenure rights. The fundamental debate though is the modalities of achieving this intention. Do you evict those who reside in informal settlements so that the legal owners can enjoy security of their land rights? Or do you grant tenure rights to those who are referred to as squatters on their lands?

Secondly the innovation must limit the extent of transfer of the land and seek to avoid situations where as tenure upgrade takes place the beneficiaries are not those who live in those settlements but are well to do people who somehow get allocated the upgraded structures for speculation purposes.

In addition, dealing with planning is an imperative. In most instances the lack of security of tenure hinders effective planning in the informal settlements.

In fact, one of the indicators of an informal settlements is the poor and haphazard constructions of structures without any planning.

To redress this, it is imperative that adequate planning be undertaken so as to ensure orderly developments within the area and consequent improvement in the provision of basic services especially water, electricity and security.

Despite the lack of planning and official supply of electricity for example, many informal settlements have electric power through illegal connections. The same applies to water.

The danger with this approach is that the country loses revenue, the water and electricity are sometimes sold at exorbitant prices and endanger the lives of those who live in these informal settlements.

The Constitution made a promise to ensure fundamental legal reforms in the land sector. Seven years later, the plight of those in informal settlements has not improved. Courts have made ground-breaking decisions recognising that the rights to housing and those of land tenure are intertwined.

It is not clear how the directive will be implemented in informal settlements within Nairobi County. For, if not thought through the title deeds as opposed to being a basis for securing title may further disenfranchise those who live and derive their housing and other property rights from the informal settlements.

The better option may be to fast track the adoption of the guidelines for tenure regularisation in informal settlements discussed by stakeholders last year. Once adopted, those guidelines should be operationalised through the establishment of a dedicated process of regularising tenure in all informal areas of the country.

This way, those living in these places will be involved in an orderly and comprehensive process of identifying, documenting and registering their rights to the land and structures.

In the end as we focus on reforming our land regimes and solving what has traditionally been the unending land problem, resolving the tenure issues bedevilling informal settlements must be a top priority.

It requires collaboration between national and county governments so as to be able to ensure that the solutions adopted are sustainable.

BDAfrica carries a selection of stories from the newspaper Business Daily, published out of Nairobi by the Nation Media Group, as well as exclusive web-only content.

For details of the much fuller range of business and feature coverage available in the newspaper, please see the website section: In the Newspaper.

You may subscribe directly to the full newspaper by contacting kkyaka@nation.co.ke.