Indonesia’s Agrarian and Spatial Planning Ministry and the National Land Agency (BPN) have an ambitious target of distributing 60 million land certificates for land ownership by 2025. 11 million land certificates are expected to be distributed in 2019, under its Agrarian Reform program. The program’s intended purpose is to restructure ownerships, tenures and uses of agrarian resources, especially lands.

Among the specific targets set by the United Nations (UN) Sustainable Development Goals (SDGs) for equal rights to ownership and control over land, was the importance of women’s rights to land and property. At the World Economic Forum (WEF) Annual Meeting 2017, Monique Villa, CEO of Thomson Reuters Foundation, said that women own less than 20 percent of the world’s land, yet more than 400 million of them farm and produce the majority of the world’s food supply.

In Indonesia, women’s land rights defenders, the Consortium of Agrarian Reform (KPA), is encouraging rural women to empower themselves when it comes to their rights in rural areas. This is to ensure gender-just agrarian reforms and secure land rights for all. Dewi Kartika, KPA’s secretary-general, said that the 1960 agrarian law recognises the need for gender equality, but without enforcement, most certificates are usually given to men. The KPA is working with farmer unions like the Pasundan Peasant Union (SPP) to ensure certificates are justly distributed to both, men and women.

A discussion was organised in July 2019 by the KPA and ILC Asia, a coalition of organisations committed to monitor national governments' adherence to the UN’s SDGs, to engage and empower rural women to voice their concern over the distribution of land certificates.

Indonesia’s agriculture sector accounts for 14 percent of the country’s gross domestic product (GDP) and is the second biggest source of employment. Around 40 percent of family smallholder farmers are women, amounting to 7.4 million according to the latest available data. These women contribute to all stages of production. Yet, female farmers continue to struggle as they lack access to land, credit and other services. "To date, the fate of women in rural areas remains far beneath the standard,” said Wati, a farmer from Banjaranyar, Indonesia, who is also a women’s rights advocate. She adds that many women still hold strongly to existing norms and customs, such as land inheritance. 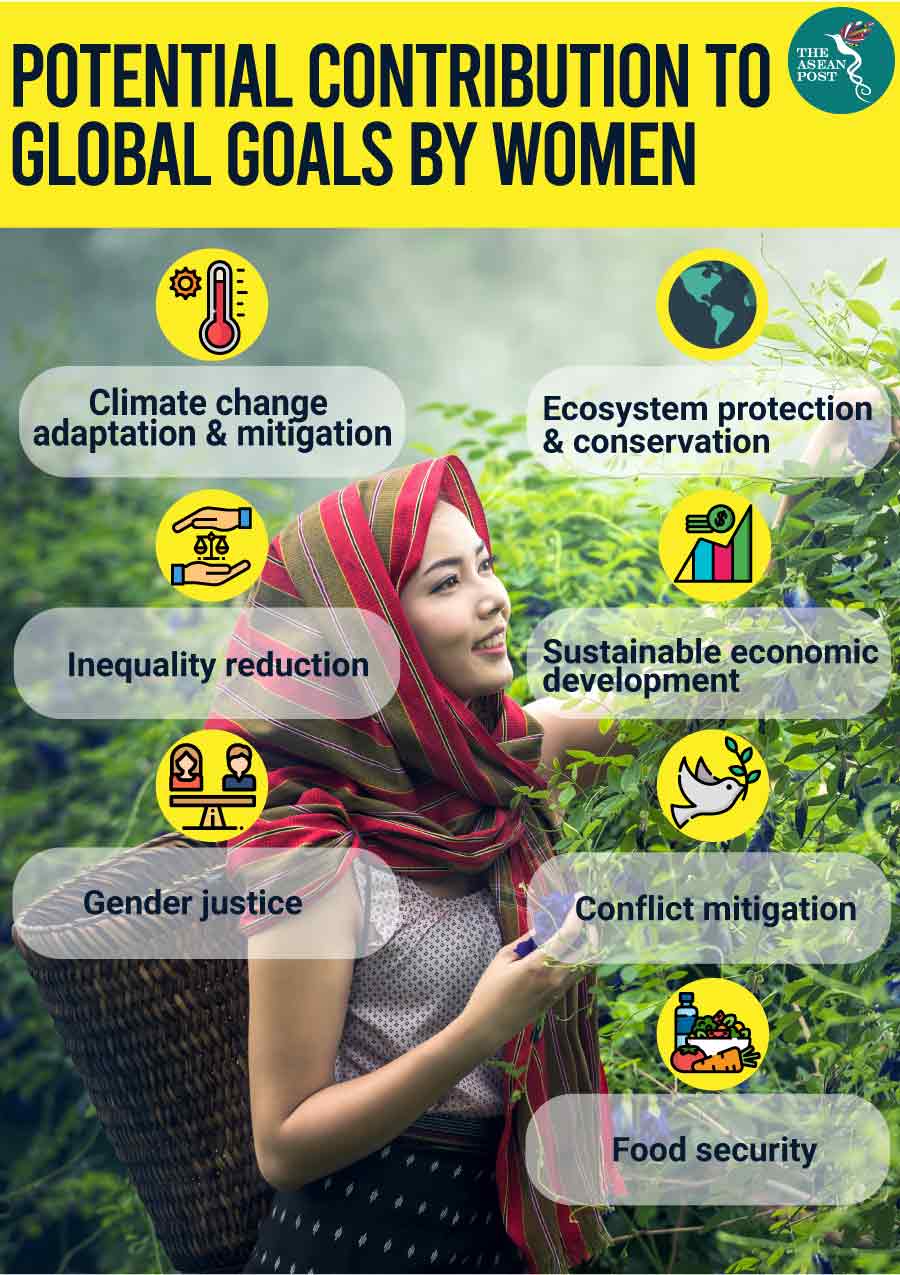 Women are barred by custom from inheriting family land. “Customary laws that impede women to reclaim their land make it all the more challenging. There is an absence of women’s rights to own their land,” said Damaria Pakpahan of Protection International Indonesia, a human rights organisation. She said that striving for gender equality is an uphill battle, especially in communities where patriarchy is deeply embedded.

Agricultural organisation and gatherings are often dominated by men as women are usually sequestered to the kitchen, while men make the decisions that affect the village and their lives. Despite being a significant player in the agriculture sector, women lack access to leadership and decision-making.

Together with the KPA, SPP has routinely held meetings to discuss solutions and empower female farmers to speak up and build their capacity. SPP is a grassroots organisation working to advance women’s participation in agrarian reform. Yani Andre, an SPP council member said that “in times of struggle or when a threat from the authorities is imminent, it is the women who need to take the lead in defending their land.”

For gender equality to happen, Dewi from KPA says that women should play a more active part in village gatherings and be given a decision-making role, including choosing what crops to plant and how to market the produce, emphasising that structural change can happen from the ground up if women can gain democratic participation. Damaria however, cautioned against quick fixes in gender equality as land ownership had been long built on patriarchy.

Agrarian reform must return to the national agenda as a necessary action to redress inequality in rural societies. Women’s greater involvement in agricultural organisations will enable them to make informed decisions and take more responsibility in claiming land titles. Land and property rights are human rights, and in the hands of women, can act as a powerful economic catalyst.

For women, land ownership also marks the end of economic uncertainty with a potential to positively benefit the entire community by enhancing food security and improving the prospects of their children and future generations.

When rural women are able to define their place and role in the agriculture sector, only then a gender-just agrarian reform can be achieved.