At the Women Deliver conference in Vancouver in June, Dr. Monica Mhoja made an impassioned case for land ownership rights for women.

"We understand that land is life," Mhoja, the Tanzania Program Director for Landesa, told the crowd gathered. "Land is dignity. Land is destiny. Land is hope. Land is empowerment of women and equality. And land is power. The power to prosper. To thrive."

In more than half the countries of the world, women face legal barriers to their land. This lack of rights to land ownership is a central, but often poorly understood, issue impacting nearly a billion people, and plays a role in everything from the refugee crisis, to the climate crisis, to statelessness, to economic instability, and to domestic violence and abuse. In 15 countries, women do not have equal land ownership rights. In 35 countries, widows do not have equal inheritance rights. In 90 countries, social customs prevent women access to their land. 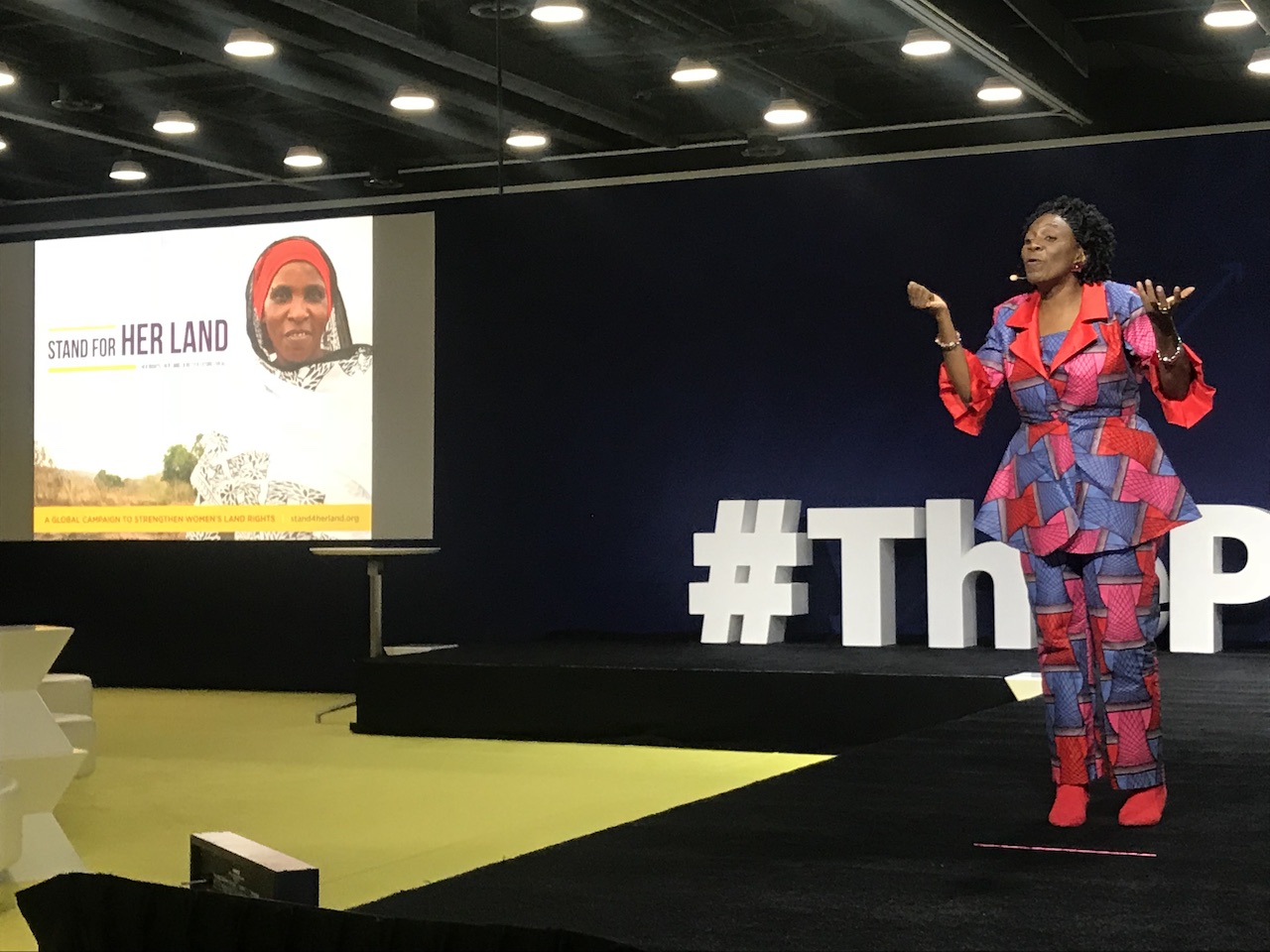 "This denial of rights to land for women cuts across countries, cultures, continents," Mhoja said. "And women are tormented."

According to the UN Food and Agricultural Organization (FAO), women comprise less than 15 percent of land holders globally, and that rate decreases for land owners. This often leads to women being at the mercy of male landowners regarding which crops are planted, when they're harvested, their rate at market, and whether the women share in the proceeds. It can lead to financial insecurity, inequality in marriages, lack of stability in the community, and, in the event of the death of a spouse, the loss of access to the land, and their home, entirely.

When women do have a stake in land, women owners are less likely to have legal documents proving ownership of their land, or to have their names added to the legal ownership documents. And if the land does not belong to them, they, in a sense, don't truly belong to it.

"Land is central to the refugee crisis in many ways," Landesa CEO Chris Jochnick told Diplomatic Courier. "It's often at the base of conflict. During natural disasters, people stay longer than they should because they're afraid to leave their land. Rebuilding is complicated because if you don't have a clear title, it's hard to rebuild."

In places like sub-Saharan Africa, where 90% of the land is untitled, natural disasters have also provided a cover for predators to steal land that has been evacuated. As a result, many people now suspect legitimate warnings are simply ruses from the government or other agencies to force an unnecessary evacuation. As a result, they don't leave, putting themselves in greater jeopardy.

Even when women do own land, they own significantly smaller plots than men. Equal land rights for women have shown to increase bargaining power in the household and community, increase child nutrition rates, and decrease rates of gender-based violence. It's an issue that's also been targeted in the Sustainable Development Goals, which call for equal rights to economic resources, property ownership and financial services, "in accordance with national laws."

Those national laws, however, are often the problem.

Renowned human rights advocate and former CEO of the Global Fund for Women, Musimbi Kanyoro told Diplomatic Courier that the importance of women having access to land rights cannot be overstated. During the HIV crisis in Kenya, for instance, when women would lose their husbands, they often also lost their homes. "If women became widows, the brothers of the husbands would inherit the family land."

"It was quite an achievement when the law legitimatized land inheritance in Kenya," said Kanyoro. "It was a big thing when parents knew they could leave their land to their children and it won't be challenged."

"Education is just as important as the changes in the law," Kanyoro said. "Over time, many women believe this is just how the world is supposed to be. We need to tell them there's another way." 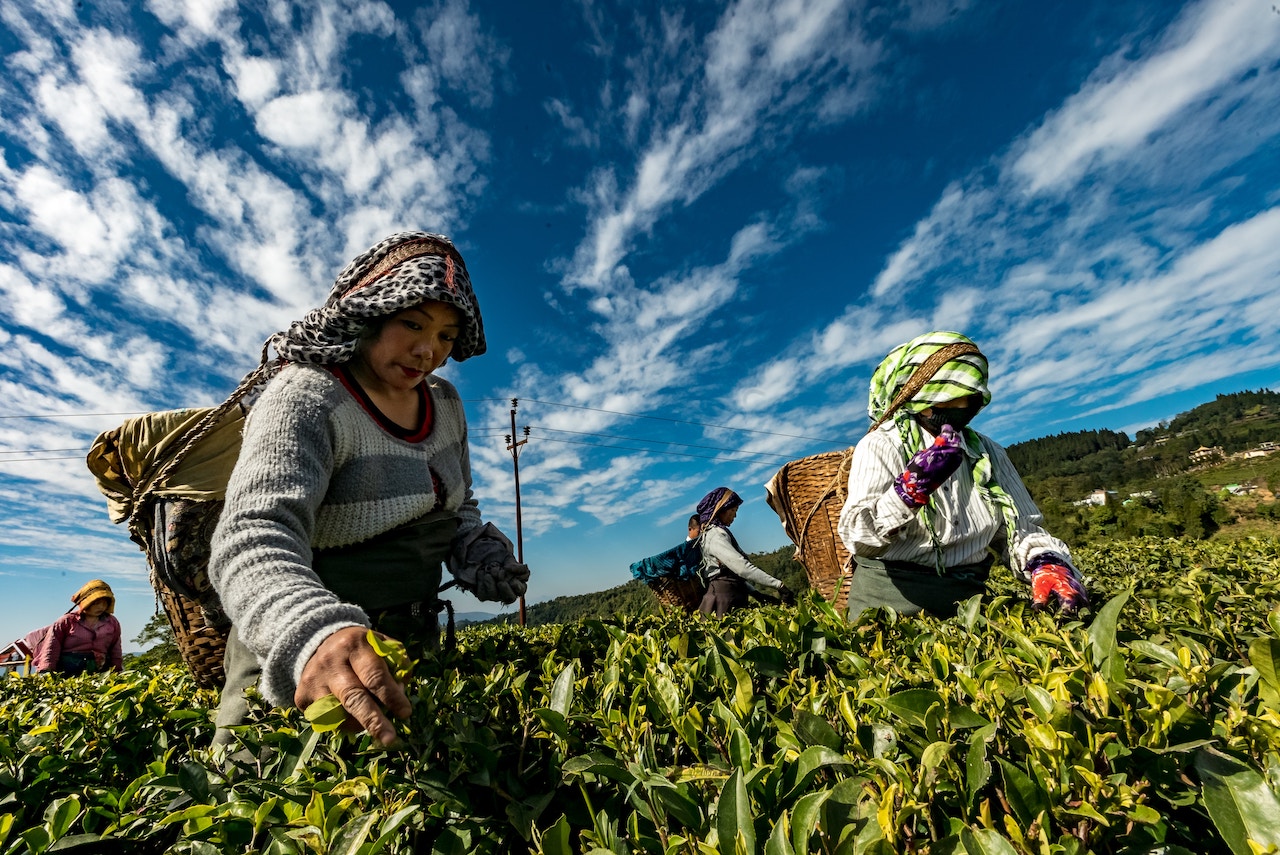 "It's not only the ability to own property. We're talking about in many countries, the ability to even just reside in the country, is at stake," Catherine Harrington, Associate Director for the Global Campaign for Equal Nationality Rights, told Diplomatic Courier. "If you have a child born to a woman in that country, and the father is a foreigner, when the child turns 18, they do not have the right to live in that country. They have to leave. But they don't hold their father's nationality so there's really no place to deport them to."

In Finland, which regularly tops rankings for the best country in the world by the UN and others, a Cabinet-level Minister of Equality is tasked with evaluating each and every legal initiative and legislative bill, to determine its direct and indirect impacts and influences on equality.

And for the country that was the first in the world to allow women to vote and hold office (in 1906), one of the secrets to their cultural embrace of equality might just be a quirk in their language.

And while Finland makes it look easy, granting equal rights to property worldwide doesn't have to be a complex legal endeavor. While hardly a universal solution to address gross gender inequality worldwide, in many places, bringing about sweeping changes in how women are able to access and retain their land can be as simple as adding a second line on a title or deed.

"If there are two lines for head of household, that has an immediate and dramatic impact," Jochnick said. "Suddenly, it's a game-changer."

Editor-at-Large Molly McCluskey served as a Media Scholar at the 2019 Women Deliver conference in Vancouver.

Molly McCluskey is an independent investigative journalist and editor-at-large of Diplomatic Courier.