Many migrants to Pune, from a range of social backgrounds, work as caretakers of public toilets in the city. While they often face ridicule and abuse because of their jobs, the perk of a free accommodation in an expensive city, even if that accommodation happens to be within breathing distance of a toilet used by hundreds, makes it a viable option for them.

The address is not a mistake. The official address of Raju Sawant, 52, is a public toilet on Sinhagad Road. Sawant, the caretaker of the toilet, lives in a room constructed within the lavatory block, along with his wife and three sons. The family has lived here since 2003, when he migrated to Pune from Latur in search of a livelihood.

Sawant is not alone. As many as 349 families and individuals in Pune and Pimpri-Chinchwad have taken up the job of maintaining public toilets constructed by municipal corporations of the two cities because the job gives them free accommodation in these expensive cities.

Those working as resident caretakers for public toilets in Pune and Pimpri-Chinchwad mostly come from eastern and central districts of Uttar Pradesh, north-eastern parts of Bihar, as well as from Marathwada and Vidarbha region of Maharashtra. This model is not unique to Pune. The NGOs which run the toilets and recruit caretakers to look after them operate on the same model in various cities across the country. Sulabh International, the biggest of these NGOs, has as many as 8,500 toilets with residential caretakers across India.

Information obtained from official sources shows that Pune city has a total of 1,192 toilet blocks and each block consists of separate urinals and lavatories for men and women, constructed by the Pune Municipal Corporation (PMC). Of these, 797 are community toilets meant to be used by slum-dwellers and 395 are public toilets located at roads, parks, transport hubs and market places. Of these, 294 are maintained by NGOs and the rest are maintained by PMC’s own staff. Pimpri-Chinchwad has 874 toilet blocks, of which 55 are maintained by resident caretakers.

Why resident caretakers are preferred

According to experts in the field and those working with NGOs such as Sulabh International and SPARC (Society for the Promotion of Area Resource Centres), the only way to ensure that a public toilet remained clean and functional for several years was to provide living arrangements for the caretaker in the toilet complex.

It was Sulabh which, in the 1970s, came up with the model of constructing a cottage for the caretaking team in every toilet it built.

This model ensures that the team is available for work 24×7, the lavatories are well-maintained and, most importantly, it makes recruiting caretakers for toilets much easier due to the offer of free accommodation.

“We believe that without a residential caretaker, a public toilet can’t work. And no caretaker will agree to work at a public toilet in a big city without an accommodation facility,” said Santosh Kumar Singh, deputy controller (administration), Sulabh. 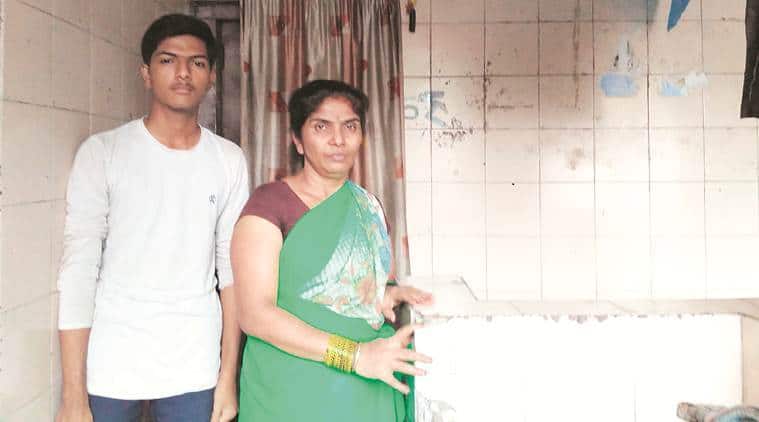 “Even though the number of users is considerable, many people don’t pay the user’s fee and the revenue generated by public toilets is not enough to pay a sufficient monthly salary to the sanitation officer, who cleans the toilet, and the sanitation manager, the caretaker. The salary is not enough to enable them to survive in a big city and make some savings,” said Singh.

Vinod Pathak, who has been working in the field of sanitation for over 25 years, said in many cases, entire families take up the responsibility, with one or two members looking after the lavatories while others — wife, sons, brothers or relatives — work elsewhere and supplement the family income.

Sometimes, a group of relatives or acquaintances also enter the same arrangement, with some of them working as caretakers and others doing odd jobs in the city.

In India, it is believed that members of certain castes, such as Chuda and Lal Beg, take up jobs in sanitation due to a lack of options and dire poverty. However, the presence of Brahmin and Kshatriya families among the caretakers of public toilets in Pune city seems to defy this norm. Members of upper-caste families take up these jobs for the same reasons as most others: unemployment and lack of opportunities.

Arun, 49, works as a sweeper at a toilet maintained by Janseva in Shivajinagar area of Pune. He is reluctant to reveal his family name — Mishra — which gives away his Brahmin identity.

“I have been working here for 10 years. My relatives wouldn’t approve of me working as a sweeper in a toilet, but how will they get to know? Unko lagta hai ke pardes mein ja kar kama raha hai. (They only know that I’m earning a living by working in a foreign land). Personally, I don’t feel inferior because of my job. This is public service,” said Arun.

Raj Kumar Singh, 23, who is in charge of a toilet block run by Sulabh in Chinchwad, belongs to a Rajput family from Vaishali in Bihar. The toilet block has a single 200-square foot room on the second storey, an arrangement more agreeable than having the residential quarters right next to the toilet.

The residence can be accessed by climbing an iron staircase that goes up till the terrace and ends in a circular opening in the roof. The room, which functions as a bedroom and also has a kitchen, is shared by the family of three — Raj, his father who works as an electrician, and his mother. Recently, his ailing grandfather has also moved in with the family.

Prolonged exposure to human feces is known to cause a plethora of health issues. These include infectious diseases such as diarrhoea, cholera, hepatitis and lung ailments. However, Santosh Singh of Sulabh brushes aside apprehensions about residential caretakers or their family members contracting diseases.

“I have not received any complaint regarding this. People who work in other industries such as construction, brick kilns or plastic product manufacturing, where particulate exposure is higher, are more susceptible to lung-related illnesses. In fact, many a times, people quit these jobs and come to us,” he said.

While there has been no study to conclusively link work in public lavatories with infectious diseases, municipal health officers seem to believe that working with, and staying close to, human excreta is hazardous for the health of the caretakers.

A medical officer with PMC, on condition of anonymity, said, “These caretakers, especially women, are at a high risk of urinary tract infections. There is also a possibility that they may contract bacterial and viral diseases. Also, in our country, public toilets are a favourite spot to spit in, so they are also susceptible to air-borne droplet infections, such as tuberculosis.”
Having a ‘toilet’ for a home is also likely to have its own psychological implications, specially for the caretaker’s children.

“My sons often complain to me that their friends and classmates ridicule them for staying in a toilet,” said Raju Sawant’s wife Sharada, who also believes that working and staying at a toilet was the reason she contracted tuberculosis. “We have been staying here for the last 15 years. All my children have grown up here. Since we stay like this, miscreants consider us easy target. There are fights every hour of every day. Many users refuse to pay, abuse us and threaten to throw us out.”