Eleanor Thompson, the Deputy Director of Programs at Namati Sierra Leone, opened the webinar by providing historical context in Sierra Leone and discussing the development of the Customary Land Rights Act. “In Sierra Leone, one of our greatest assets is land,” she said, “but many people, especially in the rural community, have faced justice issues.”

She gave an example from 2012, in which an oil palm investor acquired over 30,000 hectares of land in Sierra Leone through a one-sided deal with traditional authorities behind closed doors. That land holding was the size of a chiefdom and included homes and communal spaces. People felt helpless against the company and their traditional leaders. Namati had been witnessing similar land justice challenges for decades, and worked with the communities to re-negotiate the deal. As a legal empowerment organization, Namati helps people to know what the laws or rights are in a particular area and use the law rather than it being an oppressive force against them.

The Customary Land Rights Act ensures free prior and informed consent as a part of responsible investment. So the law now requires free prior informed consent for all land-based investments, not just in one sector, and no sector is exempt, including the mining sector. Communities have the right to not only be consulted, but to consent to whether or not they want to be invested in. “We haven't seen any other legal regime in the world that grants such robust rights to communities in this way,” said Eleanor. Another key area of reform is that the Customary Land Rights Act ensures women's rights to own and access land is guaranteed.

Moderator Joan Kagwanja, Chief of the African Land Policy Center (ALPC), then asked Le Roux Dupper, Business Operations Manager at Miro Forestry and Timber Products in Sierra Leone, “How will the new law affect access to information for our communities who are involved in land-based investments?” Drawing on several examples, Le Roux concluded that the law would increase access to accurate information, which will be absolutely key in driving investment.

Mohamed Albert Tarawalie, a leading member of a landowning family and the Chairman of the District Multi-Stakeholder Platform on land, said, “The new law is a blessing to landowners and communities in many aspects.” It helps to clarify the rights and responsibilities of various land stakeholders. The law will also facilitate the prevention of corruption, which has been prevalent and pervasive in land-based investment in Sierra Leone. Lastly, increased access to information encourages women and other vulnerable groups to gain awareness and education about their land rights.

Jobo Samba, the Director of Geographical Information Systems in the Ministry of Lands, Housing and Country Planning for the Government of Sierra Leone, rounded out the panel. He was pivotal in the development of both the National Land Commission Bill and Customary Land Rights law at the center of the webinar. “The foundation for the new laws are to promote transparency, accountability, and inclusion of communities and other stakeholders in the management of natural resources in this country.” A key ingredient to achieve inclusivity, transparency, and accountability is access to information.

The panel went on to discuss open data and gender and women’s land rights. The webinar included a dynamic discussion through the chat panel, and panelists addressed as many audience questions as possible. The entire webinar is available for replay here. https://www.youtube.com/watch?v=6anD-_BRLUk 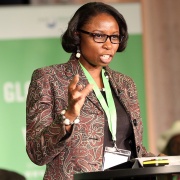 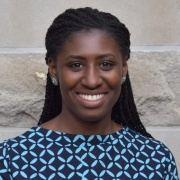 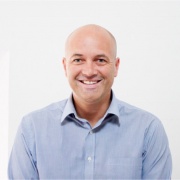 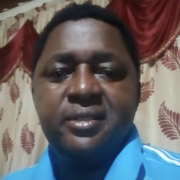 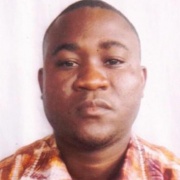 ALIGN supports governments, civil society, communities and peoples, and other relevant actors in strengthening the governance of land-based investments. The project is implemented by a consortium led by the International Institute for Environment and Development (IIED), the Columbia Center on Sustainable Investment (CCSI) and Namati, and is funded with UK aid from the UK government.

This event was organised as part of ALIGN by Land Portal, IIED, CCSI and Namati, however the views expressed do not necessarily reflect the official views or policies of ALIGN partners or the UK Government. This event does not represent legal advice, and the views, opinions, findings, and conclusions or recommendations expressed are strictly those of the participants.

In September 2022, Sierra Leone enacted unprecedented laws related to land, climate, and sustainable development. This new law transforms communities’ ability to protect their land rights and pursue sustainable development. This webinar will discuss the processes, the experiences, the challenges, and the context of this new law, highlighting the new responsibilities in Sierra Leone.

Freetown, August 8, 2022 – Sierra Leone’s Parliament has passed two groundbreaking bills that transform communities’ ability to protect their land rights and the environment. The new legislation serves as a model for the rest of the world.

Passed by unanimous votes, the Customary Land Rights and National Land Commission Acts will, among other things: