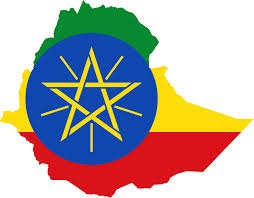 Unique among African countries, the ancient Ethiopian monarchy maintained its freedom from colonial rule with the exception of a short-lived Italian occupation from 1936-41. In 1974, a military junta, the Derg, deposed Emperor Haile SELASSIE (who had ruled since 1930) and established a socialist state. Torn by bloody coups, uprisings, wide-scale drought, and massive refugee problems, the regime was finally toppled in 1991 by a coalition of rebel forces, the Ethiopian People's Revolutionary Democratic Front. A constitution was adopted in 1994, and Ethiopia's first multiparty elections were held in 1995. A border war with Eritrea in the late 1990s ended with a peace treaty in December 2000. In November 2007, the Eritrea-Ethiopia Border Commission (EEBC) issued specific coordinates as virtually demarcating the border and pronounced its work finished. Alleging that the EEBC acted beyond its mandate in issuing the coordinates, Ethiopia has not accepted them and has not withdrawn troops from previously contested areas pronounced by the EEBC as belonging to Eritrea. In August 2012, longtime leader Prime Minister MELES Zenawi died in office and was replaced by his Deputy Prime Minister HAILEMARIAM Desalegn, marking the first peaceful transition of power in decades.

Ethiopia is a federal parliamentary republic.

This proclamation concerns rural land administration and seeks to minimize conflict by providing standards for such administration.

This Proclamation grants the power to specified local public bodies to expropriate rural or urban landholdings for public purpose where it believes that it should be used for a better development project to be carried out by public entities, private investors, cooperative societies or other organs, or where such expropriation has been decided by the appropriate higher regional or federal govern

This is proclamation no. 240 of 2001 to provide for the establishment of the Ethiopian Women's Development Fund