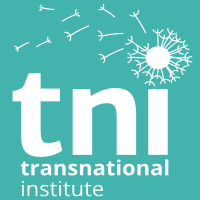 TNI has gained an international reputation for carrying out well researched and radical critiques and anticipating and producing informed work on key issues long before they become mainstream concerns, for example, our work on food and hunger, third world debt, transnational corporations, trade, and carbon trading.

As a non-sectarian institute, TNI has also consistently advocated alternatives that are both just and pragmatic, for example developing alternative approaches to international drugs policy and providing support for the practical detailed work of public water services reform.

TNI works on a wide range of interlinking issues.  The constant interaction between fellows and projects gives TNI a unique, broad and informed perspective and enables a cross-disciplinary approach to complex global problems.

Large-scale land acquisition are not new in the Mekong region but have been encouraged and have gathered momentum since the end of the 90s, particularly Cambodia, Laos, and Myanmar.

The Lao Land and Forest Allocation Policy (LFAP) was intended to provide clearer property rights for swidden farmers living in mountainous areas. These lands are legally defined as “State” forests but are under various forms of customary tenure.

Over the past decade, Laos has experienced a land rush by foreign investors seeking to gain large tracts of land for hydropower, mining, and plantation projects.

Scholars have produced valuable insights on the question of recent “land grabbing” in the global South. They have, however, insufficiently studied the issue from below, particularly from the point of view of a crucial group in the land conundrum: the rural youth.

In Laos land concessions have increased dramatically over the last decade. To provide a window into the concessions landscape, we conducted a nationwide inventory between 2007 and 2011. In response to an order by the Lao Government to its ministries, we developed a methodology to update the inventory and complement existing data with a systematic assessment of investment quality in 2014.

What is land and why is it important? ...

Why is land such a burning issue in Myanmar? ...

How is land related to debates about development?...

Is there a human right to land?...

What steps are people in Myanmar taking to
express and assert their human right to land?

This assessment is in response to the 6th draft of the NLUP, released in May
2015, following months of public and expert consultations. It outlines some
of the key positive and negative points of the new draft. The new draft NLUP
has taken on board many of the concerns and recommendations raised by

This conference paper examines how the ideology and programmatic set of policies coined in the term ‘neoliberal modernization’ applies to agriculture and practices in the Mekong region.

A RESPONSE TO THE DRAFT

A joint preliminary assessment by
TNI Myanmar Project and TNI Agrarian Justice Programme.....Summary:
"October 18, 2014 saw the official unveiling by the government of
the Republic of the Union of Myanmar