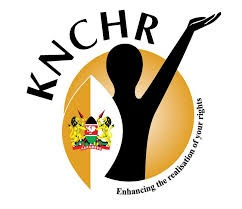 The Kenya National Commission on Human Rights (KNCHR) is an autonomous national Human rights institution established under article 59 of the Constitution of Kenya 2010 with the core mandate of furthering the promotion and protection of human rights in Kenya. It is a successor to the body of the same name established by an earlier Act of Parliament in 2002, that later became operational in July 2003.The KNCHR succeeded the Standing Committee on Human Rights established in 1996 through presidential decree. The Commission is established in accordance with the United Nations approved Paris Principles. The management team consists of five Commissioners and the Secretariat.

International status
The operations of the KNCHR are guided by the United Nations-approved Paris Principles on the establishment and functioning of independent national human rights institutions. The National Commission has been accredited by the International Co-ordinating Committee of National Human Rights Institutions (ICC), which is based in Geneva at the Office of the High Commissioner for Human Rights, as an ‘A status’ institution which means that the Commission has been found to be in compliance with the Principles. The KNCHR is a member of the Network of African National Human Rights Institutions (NANHRI), the ICC's regional grouping for Africa.

It acts as a watch-dog over the Government in the area of human rights.

Provides key leadership in moving the country towards a human rights state.

The main goal of KNCHR is to investigate and provide redress for human rights violations, to research and monitor the compliance of human rights norms and standards, to conduct human rights education, to facilitate training, campaigns and advocacy on human rights as well as collaborate with other stakeholders in Kenya.

A society that upholds human rights for all.

To protect,promote and monitor the respect for human rights in Kenya through law,policy and practice.

IIRATOOL The conceptual structure of the tool is composed of three entities and their elements, and relationships among the entities. They are termed as: Incidents, Impacts and Redress. The proposition is Incidents of involuntary evictions and involuntary displacements of community of inhabitants from their settlements, cause heterogenous Impacts that human dignity, as they involve human rights deprivation of well-being, wealth and habitat and of the evictees and displacees. The Impacts justify Redress of the wrongdoings, which may deter repetition of. Incidents.

Land has been and remains a politically sensitive and culturally complex issue for Kenya. Kenya’s history with regard to the land question is characterized by indications of a breakdown in land administration, disparities in land ownership, tenure insecurity and conflict. It was therefore against this backdrop that land reform was identified as an essential component of Kenya’s National Dialogue and Reconciliation (KNDR) process and in particular, agenda item 4 on addressing long standing issues.