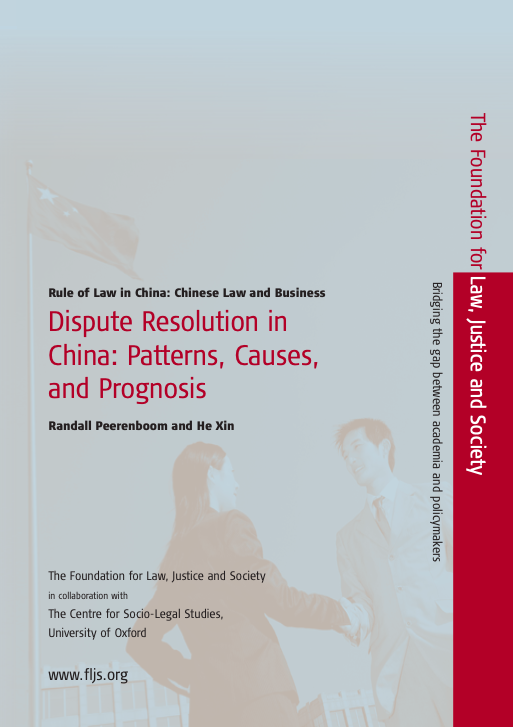 Since the reform era began in 1978, there have been significant changes in the nature and incidence of disputes, conflicts, and social disturbances, as well as the mechanisms for addressing them. As with economic and governance reforms, the government has adopted a pragmatic, problem-solving approach as it has attempted to meet the broad and, at times, conflicting goals of justice and efficiency while maintaining sociopolitical stability and rapid economic growth. The result has been continuous experimentation leading to the creation of new mechanisms, the reform of existing mechanisms, and the return to older mechanisms in some cases when newer ones proved disappointing. This is generally true across a range of areas: commercial disputes, constitutional and administrative law, socio-economic issues (pension, welfare and medical claims, labour disputes, land takings and environmental issues), criminal law, and civil and political rights. However, reforms have been more active, progress has been more noticeable, and the path of reforms has been more consistent and direct in some areas than others.

We begin with a brief overview of significant developments in the handling of commercial disputes, socio-economic claims, and public law (administrative and constitutional law) disputes. Three general patterns stand out: firstly, the much better performance of institutions for handling disputes in urban areas compared to rural areas; secondly, the significantly greater progress in handling commercial law disputes compared to socio-economic claims; and thirdly, the more advanced state of development of administrative law compared to constitutional law. We then summarize some of the key factors underlying these patterns and the dynamics of reform, providing a necessarily partial and attenuated account of why the government has opted for a particular mix of mechanisms to handle a certain type of dispute at any given time, why that mix has changed over time, and why there has been more progress in some areas than others. We conclude with some thoughts on what can be expected in the future, and some policy recommendations to help overcome some of the existing problems.

The University of Oxford is a collegiate research university located in Oxford, England.