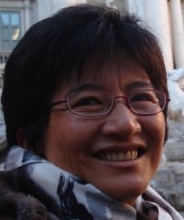 Joan Carling, Secretary-General, Asia Indigenous Peoples Pact (AIPP), is an indigenous activist from the Cordillera, Philippines. She has been working on indigenous issues at the grassroots to international levels for more than 20 years. Her field of expertise includes human rights, sustainable development, environment, and climate change, as well as on the principles and application of Free Prior and Informed Consent (FPIC). She has been also been actively engaging in international bodies, processes and mechanisms such as with International Financial Institutions, the UN Framework Convention on Climate Change (UNFCCC), REDD+ related mechanisms, UN agencies, and mechanisms relating to human rights and sustainable development in advancing the issues and concerns of indigenous peoples in Asia. She has been elected twice as the Secretary General of the Asia Indigenous Peoples Pact (AIPP), starting in 2008 and has been representing AIPP’s 47 member-organizations in 14 countries. Ms. Carling also wrote and edited several AIPP publications and materials relating to human rights, climate change and REDD+, sustainable development, indigenous women among others. Ms. Carling was appointed by the UN Economic and Social Council (ECOSOC) as an indigenous expert- member of the UN Permanent Forum on Indigenous Issues (UNPFii) for 2014-16.

The world’s remaining forests, the planet’s biodiversity, and rivers are found in indigenous peoples’ territories. However, rampant large-scale development projects without regard to the environment and the indigenous peoples inhabiting these areas are threatening to wipe out populations and extract resources.