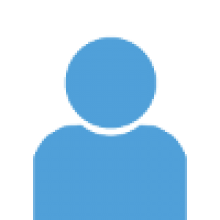 Mr. Salimo Amad Abdula has been acting as a counselor in the defense of the interests of the Mozambican business sector and a notable role in the private sector since 1985. He contributed to the institutional development and creation of the Mozambique Trade Association (ACM) and the Confederation of Mozambican Business Associations (CTA).
He also served as member of parliament in the first term of the multiparty legislative assembly, after the first democratic elections in Mozambique. As a member of parliament, his participation was crucial linking parliament and the Mozambican private sector.
Mr. Salimo Abdula is Chairman of the Board of Directors of Intelec Holdings, S.A., a business group that operates in the areas of Energy, Advertising, Tourism, Finance, Mineral Resources, Telecommunications, Real Estate and Consulting. Mr. Salimo Abdula was the Chairman of the General Assembly of the Confederation of Business Associations of Mozambique (CTA), an organization which mission is to provide a favorable business environment for the development of the private sector and for the strengthening of the dynamic associative movement, participatory, socially responsible and capable of influencing decisions on issues of the business environment and promotion of business quality. Previously, he had served two terms as Chairman of the Board of Directors of CTA.
Mr. Salimo Abdula is well recognized and respected in the business context, within government, civil society and the international community. He defends the concept that the private sector is the engine of Mozambican economic development and should have greater participation in shaping the country's economic policy.
The Confederation of Mozambican Business Associations has Mr. Salimo Abdula as one of the active voices in to improve the business environment, in order to reduce bureaucracyand constraints, lowering costs for business development in Mozambique.
Currently, Salimo Abdula chairs the Business Confederation of the Community of
Portuguese Speaking Countries (CE-CPLP), whose term of office began on July 17, 2013,lasting one (1) year. In November 2014, he was re-elected to the position, this time for a term of four (4) years.
Mr. Salimo Abdula is currently Chairman of the Board of Directors of Vodacom
Mozambique, with a mandate beginning in May 2017, and ending in April 2019. VodacomMozambique is one of the largest mobile operators in the country. It is also important tomention that Mr. Salimo Abdula held from 2009 to 2011 and from 2013 to 2015 the position of Chairman of the Board of Directors of Vodacom Mozambique.
It should be noted that at diplomatic level, Mr. Salimo Abdula is from December 2013,
Honorary Consul of the Kingdom of Malaysia in Mozambique, acting as promoter of
different types of relations, especially of business relations between Malaysia and
Mozambique.