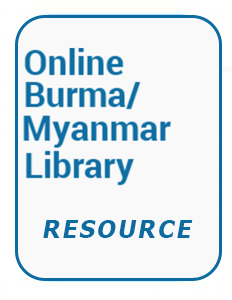 Executive Summary:
"Few issues are as frequently discussed and politically charged in transitional Myanmar as the state of housing, land and property (HLP) rights. The effectiveness of the laws and policies that address the fundamental and universal human need for a place to live, to raise a family, and to earn a living, is one of the primary criterion by which most people determine the quality of their lives and judge the effectiveness and legitimacy of their Governments. Housing, land and property issues undergird economic relations, and have critical implications for the ability to vote and otherwise exercise political power, for food security and for the ability to access education and health care.
As the nation struggles to build greater democracy and seeks growing engagement with the outside world, Myanmar finds itself at an extraordinary juncture; in fact, it finds itself at the HLP Crossroads. The decisions the Government makes about HLP matters during the remainder of 2012 and beyond, in particular the highly controversial issue of potentially transforming State land into privately held assets, will set in place a policy direction that will have a marked impact on the future development of the country and the day-to-day circumstances in which people live. Getting it right will fundamentally and positively transform the nation from the bottom-up and help to create a nation that consciously protects the rights of all and shows the true potential of what was until very recently one of the world's most isolated nations. Getting it wrong, conversely, will delay progress, and more likely than not drag the nation's economy and levels of human rights protections downwards for decades to come.
Myanmar faces an unprecedented scale of structural landlessness in rural areas, increasing displacement threats to farmers as a result of growing investment interest by both national and international firms, expanding speculation in land and real estate, and grossly inadequate housing conditions facing significant sections of both the urban and rural population. Legal and other protections afforded by the current legal framework, the new Farmland Law and other newly enacted legislation are wholly inadequate. These conditions are further compounded by a range of additional HLP challenges linked both to the various peace negotiations and armed insurgencies in the east of the country, in particular Kachin State, and the unrest in Rakhine State in the western region. The Government and people of Myanmar are thus struggling with a series of HLP challenges that require immediate, high-level and creative attention in a rights-based and consistent manner.
As the country begins what will be a long and arduous journey toward democratization, the rule of law and stable new institutions, laws and procedures, the time is ripe for the Government to work together with all stakeholders active within the HLP sector to develop a unique Myanmar- centric approach to addressing HLP challenges that shows the country's true potential. And it is also time for the Government to begin to take comprehensive measures - some quick and short-term, others more gradual and long-term - to equitably and intelligently address the considerable HLP challenges the country faces, and grounding these firmly within the reform process.Having thoroughly examined the de facto and de jure HLP situation in the country based on numerous interviews, reports and visits, combined with an exhaustive review of the entire HLP legislative framework in place in the country, this report recommends that the following four general measures be commenced by the Government of Myanmar before the end of 2012 to improve the HLP prospects of Myanmar:...

Displacement Solutions (DS) works with climate displaced persons, communities, governments and the UN to find rights-based land solutions to climate displacement. DS also works to empower displaced people and refugees to exercise their right to return and have restored to them their original homes, lands and properties through reliance on the right to restitution. DS works together with and on behalf of people who have been displaced not only by conflict, forced eviction or other human rights abuses, but also natural disaster, climate change or other circumstances beyond their control.