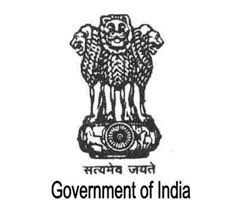 The Indus Valley civilization, one of the world's oldest, flourished during the 3rd and 2nd millennia B.C. and extended into northwestern India. Aryan tribes from the northwest infiltrated the Indian subcontinent about 1500 B.C.; their merger with the earlier Dravidian inhabitants created the classical Indian culture. The Maurya Empire of the 4th and 3rd centuries B.C. - which reached its zenith under ASHOKA - united much of South Asia. The Golden Age ushered in by the Gupta dynasty (4th to 6th centuries A.D.) saw a flowering of Indian science, art, and culture. Islam spread across the subcontinent over a period of 700 years. In the 10th and 11th centuries, Turks and Afghans invaded India and established the Delhi Sultanate. In the early 16th century, the Emperor BABUR established the Mughal Dynasty, which ruled India for more than three centuries. European explorers began establishing footholds in India during the 16th century.

By the 19th century, Great Britain had become the dominant political power on the subcontinent. The British Indian Army played a vital role in both World Wars. Years of nonviolent resistance to British rule, led by Mohandas GANDHI and Jawaharlal NEHRU, eventually resulted in Indian independence, which was granted in 1947. Large-scale communal violence took place before and after the subcontinent partition into two separate states - India and Pakistan. The neighboring nations have fought three wars since independence, the last of which was in 1971 and resulted in East Pakistan becoming the separate nation of Bangladesh. India's nuclear weapons tests in 1998 emboldened Pakistan to conduct its own tests that same year. In November 2008, terrorists originating from Pakistan conducted a series of coordinated attacks in Mumbai, India's financial capital. Despite pressing problems such as significant overpopulation, environmental degradation, extensive poverty, and widespread corruption, economic growth following the launch of economic reforms in 1991 and a massive youthful population are driving India's emergence as a regional and global power.

India is a federal parliamentary republic.

India is one of the fastest growing economies in the world, but its growth potential can be further enhanced by improving the land governance system in the country. The manual system of maintenance and updation of land records practiced earlier resulted in poor and outdated land records. As a result, nearly two-thirds of all pending cases in Indian courts were related to property disputes. Millions of Indians could not use their principal asset as collateral to borrow from the former financial system. The poor suffer the most. A large proportion of government land lied unused.

Access to homestead land, and housing in turn, are basic requirements for human survival. Every citizen needs to have a safe, secure and healthy place to live, work and lead a life of dignity. A house provides not only physical protection against the vagaries of nature, but also space and privacy to an individual and his family for physical, emotional and intellectual growth.

Since 1995, June 17th has been observed as the "World Day to Combat Desertification - 2017"  The main objective of commemorating WDCD has been to promote public awareness about international efforts to combat desertification and the effects of drought collectively.

This report highlights the activities pertaining to issues related to desertification, land degradation and drought,

Live statistics of forest and wildlife area clearances given by Ministry for diversion to non-forestry purpose for investment. Organized as per stages of clearance, level (district, state, national) where the proposal is being considered, Searchable database indicating state, proposal name, user agency, forest area requested, status of area clearance along with link to reports.

MoEFCC is the central ministry of Government of India, responsible for forest administration in the country; the page provides information on forest laws, acts, rules and guidelines etc.

This Environmental Annual report 2016-17 is prepared by The Ministry of Environment, Forest and Climate Change (MoEFCC), Government of India.

This Report contains activities and achievements of planning, promotion, co-ordination and overseeing the implementation of India's environmental and forestry policies and programmes in yearly basis.

The areas that this report deals are as follows:

·         Natural Resources- Surveys and explorations by different departments under the ministry

Ministry of Tribal Affairs, Government of India is  the nodal ministry authorized for the implementation of the Scheduled Tribes and Other Traditional Forest Dwellers (recognition of Forest rights) Act, 2006.

This site presents updated status report of IFR and CFR claims and rights recognition  state-wise with number and area.