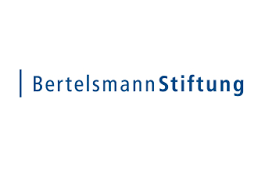 The Bertelsmann Stiftung is committed to ensuring everyone can participate in society. Since the foundation was established in 1977, roughly 380 employees at our Gütersloh headquarters and other international locations have developed a wide range of projects and initiatives designed to achieve this goal.

During the reporting period, the consolidation of authoritarian rule in Azerbaijan continued. Snap parliamentary elections in February 2020 did not meet international standards for free and fair competition. However, some notorious high-ranking state officials were fired, and corrupt local level administrators detained on corruption charges. These developments, in addition to the appointment of some young professionals to ministerial posts, raised hopes for a possible opening of the country to real reforms and changes.

The crucial event in the reporting period was undoubtedly Armenia’s war with Azerbaijan. On September 27, 2020 Azerbaijan started its war on Nagorno-Karabakh, a long-disputed region called Artsakh in Armenia, which lasted for 44 days. It ended on November 10, 2020, when Russia facilitated a cease-fire, apparently just after the Azerbaijani forces had captured most of the territories occupied by Armenia in the previous war in the early 1990s, plus a major chunk of Nagorno-Karabakh proper.

The governing Georgian Dream party (GD) continues to control all branches of the state. Although the UNM-led opposition put pressure on the GD government, it won a third term in allegedly fraudulent parliamentary elections on October 31, 2020. The opposition refused to take up their seats in the new parliament, which led to a political deadlock. The crisis peaked when Prime Minister Giorgi Gakharia resigned in February 2021 over his personal refusal to arrest UNM opposition leader Nikanor Melia.

In 2019, the long-awaited transition of presidential power from Nursultan Nazarbayev to his anointed successor Kassym-Zhomart Tokayev took place. However, Nazarbayev continues to wield power. Among his many positions is the chair-for-life of the National Security Council, a constitutional body that has effective veto power over key policy decisions.

Bhutan’s democracy consolidated further following the third elections to National Council and National Assembly in 2018. In the primary round of National Assembly elections, voters favored a newly established third party, Druk Nyamrup Tshogpa (DNT), followed by the opposition in the last parliament, Druk Phuensum Tshogpa (DPT). The incumbent People’s Democratic Party (PDP) failed to advance to the general round.