Amahoro @ Scale (Peace-at- Scale) is the Burundi country project of the larger “LAND -at- Scale” program funded by RVO (The Netherlands Enterprise Agency) which is currently active in 14 countries in Africa, Latin America, the Middle East and Asia.

After adapting to challenges of COVID-19, 2021 turned into a very busy and exciting year for the global 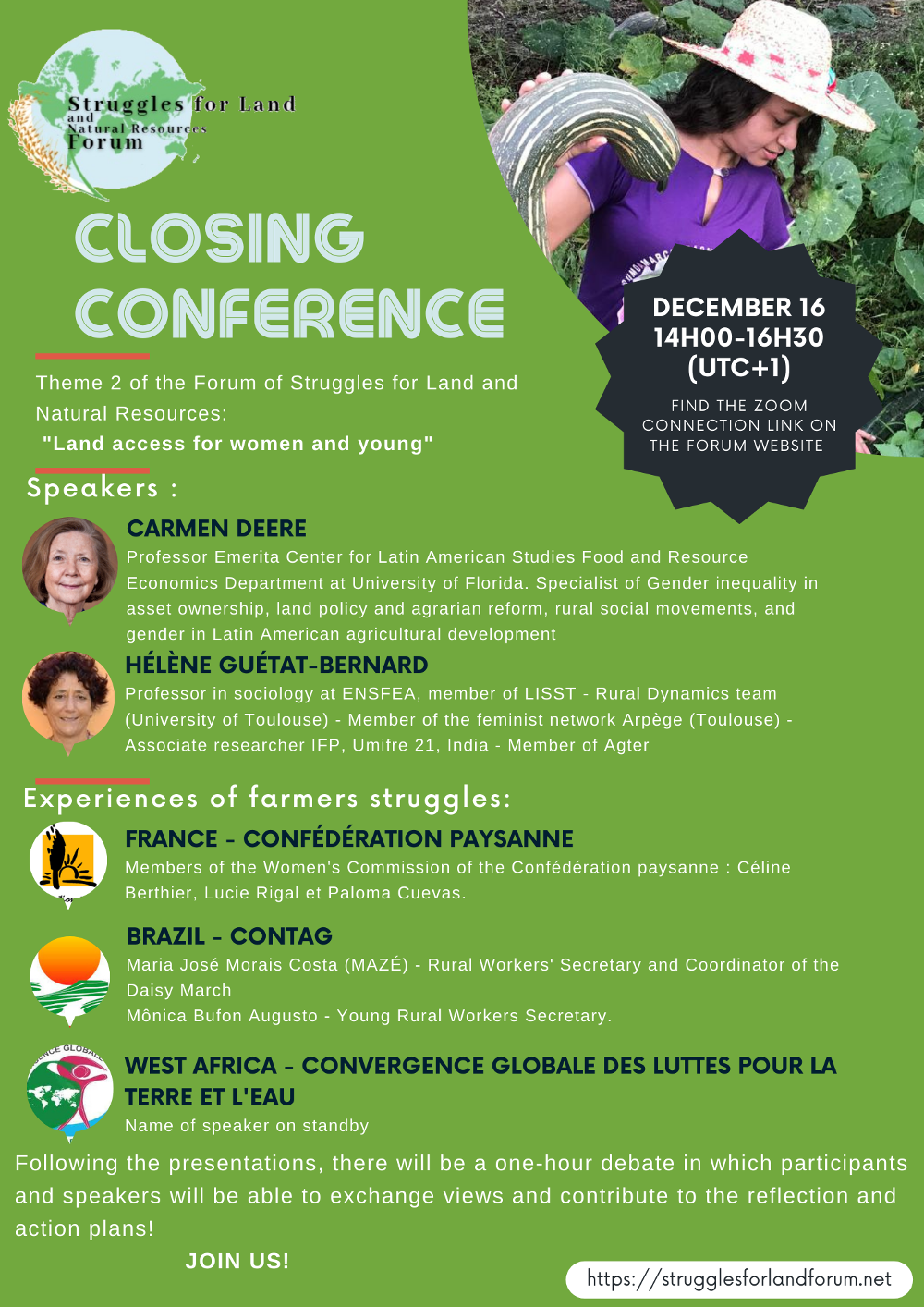 The Netherlands Agency for Enterprise and Development (RVO) is pleased to announce its collaboration with the Embassy of the Kingdom of the Netherlands (EKN) in Bamako, SNV, the Royal Tropical Institute (KIT), the University of Legal and Political Sciences of Bamako and the National Coordination of Peasant Organizations for implementation of a LAND-at-scale project in Mali "Strengthenin

The Inter-Governmental Authority on Development is pushing for gender parity in land ownership in the region.

The Netherlands Enterprise & Development Agency (RVO) is pleased to announce its collaboration with the Embassy of the Kingdom of the Netherlands (EKN) in N’Djamena, Kadaster International, Oxfam Chad and Oxfam Intermon for the implementation of a LAND-at-scale project in Chad “Land Reform based on rapid evolutions and present crisis”.

Prindex Global and leading think tank NCAER will announce a new initiative today at the India Land and Development Conference 2021 to enhance land and housing rights in India.

Aug 25 (Thomson Reuters Foundation) - The Taliban’s return to power threatens Afghan women’s hard-won property rights, with thousands who fled their homes during the militants’ takeover at particular risk of losing their land and houses for good, rights groups and researchers said.

Three years ago, she lost her only daughter after a long illness and became the sole provider for her four grandchildren, who are now aged between eight and 13.

The oldest will start secondary school in Harare’s Budiriro suburb, close to where they live, next year.

Women’s access and ownership rights to land and trees are key to addressing global warming, biodiversity loss and the inequity crisis, the authors of a study said in the run-up to the U.N. COP26 climate talks in Glasgow.

Researchers for a global land rights organization have published a grim assessment of the land and inheritance rights of women living in Scheduled Tribe communities of Jharkhand, India – and how the existing eco-system of laws and cultural practices perpetuate a system of terror and brutality meant to deny women of their land rights.

A TOTAL of 250 women from 14 wards of Kilwa District in Lindi Region will soon receive customary title deeds, something that will enable them to access loans, thus engage fully in economic activities including agriculture.

This has been possible through the Kilwa Local Rights Programme that is being executed by ActionAid Kilwa.

In Africa women play an integral role in the continent’s agriculture sector, representing up to 60 percent of the agricultural labour force in some countries. In Tanzania, agriculture accounts for the largest share of employment, more than 80 percent of women are engaging in agricultural activities and subsequently contributing to the country’s food requirements.

Curating land information is part of our daily work in the Land Portal. It includes selecting, categorizing, and enriching information with analysis and/or additional data, graphic visualizations, etc. In times with so much information available to choose from, people are increasingly seeking sources that offer selections of high-quality knowledge and provide analysis that make sense of it. Understanding how partners in the land community are meeting this demand is a great source for us to improve our work of curating, and providing meaning to land data.

In sub-Saharan Africa, less than 13 percent of women aged 20-49 have rights to land, according to research by the World Bank. Therefore, securing their land rights remains a very crucial matter to boost their socio-economic empowerment.

END_OF_DOCUMENT_TOKEN_TO_BE_REPLACED

A century has passed since women in Undivided India, now divided into several countries of South Asia, demanded equal rights in property — especially land, the most important means of production in developing economies. The struggle continued after Independence.

A century has passed since women in Undivided India, now divided into several countries of South Asia, demanded equal rights in property — especially land, the most important means of production in developing economies. The struggle continued after Independence.

Land Governance for Safeguarding Art, Culture, and Heritage Towards the Africa We Want

It is my pleasure to welcome you to this timely and important webinar on Women Inheriting Land: Rights and Realities, which is co-organized by Landesa and the Working Group for Women and Land Ownership (WGWLO) with support from  the NRMC Center for Land Governance and the Land Portal Foundation.  It is my honor to moderate this discussion.

It is my pleasure to welcome you to this timely and important webinar on Realizing women’s land rights in Africa and beyond, which is co-hosted by Acção Académica Para O Desenvolvimento Das Comunidades Rurai (ADECRU) (Mozambique), Action Aid, Both ENDS, ENDA Pronat (Senegal), Fórum Mulher (Mozambique), GROOTS Kenya, LANDac, the Land Portal Foundation and OXFAM. It is my honor to moderate this discussion.

END_OF_DOCUMENT_TOKEN_TO_BE_REPLACED

$80,000 undertake series of pre- and post-election 2012 activities in Ghana to enhance women’s capacity to effectively and actively participate in the electoral processes in Ghana during the 2012 elections

Boost the focus of citizen conscience and sovereign agenda for local development promoting greater involvement and interaction between various national and international actors in favor of solidary and fair development of communities.

Rural Communities more actives in setting up priorities, definition, implementation and evaluation of action for their own development

Our vision is of a self-reliant society in which people have equitable access to resources and institutions are an expression of people’s needs and aspirations.

Afghanistan Women Council (AWC) is a non-governmental, non-political, non-profit, non-sectarian Charity Organization founded in 1986 by the efforts of Ms. Fatana Ishaq Gailani and a group of Afghan women with an aim to assist Afghan women and children. The predominant objective of the organization is to enlighten women, improve their living conditions and strengthen their socio-economic status in society by their multi-lateral involvement in development activities. AWC is registered with the Government of Pakistan and Afghanistan as a charity NGO.

After the United Nation Fourth World Conference on Women in Beijing, China, where a group of women from various organizations and agencies of the United Nation participated; the theory to form a network for the Afghan women's cooperation and integration developed. With inspire from women's movement in different part of the world; finally, in 1995 participants (women) of the conference decided to establish Afghan Women Network (AWN).

The All-China Women's Federation (ACWF) was founded on April 3, 1949. It is a mass organization that unites Chinese women of all ethnic groups and from all walks of life, and strives for their liberation and development. The mission of ACWF is to represent and uphold women's rights and interests, and to promote equality between women and men.

American University creates meaningful change in the world. With highly ranked schools and colleges and internationally recognized faculty, AU offers a balance between class time and career-advancing experience in Washington, DC, and beyond. Its students, among the country’s most politically active, distinguish themselves for their service, leadership, and ability to rethink global and domestic challenges and opportunities.

APWLD developed from dialogues among Asia Pacific women lawyers, social scientists and activists, which began at the 1985 Third World Forum on Women, held in Nairobi, Kenya. The women participating in the dialogues recognised that while law is used as an instrument of state control over resources, rights and even women’s bodies, it can also be used to help effect political and socio-economic changes in our societies.