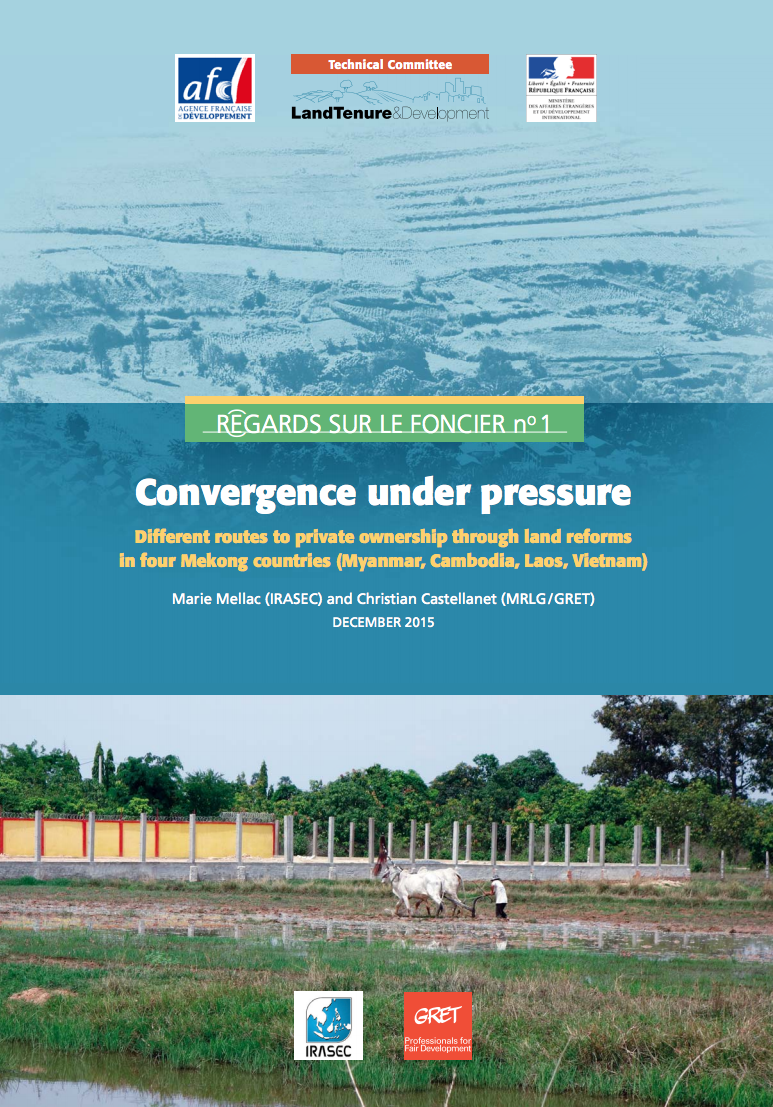 All four countries in continental South-East Asia featured in this paper (Myanmar, Cambodia, Laos and Vietnam) are experiencing land conflicts that could potentially destabilise their governments.1 Thailand is in a similar situation in many respects, as it has faced mounting tensions over land tenure since the 1990s (Hall et al., 2011). These conflicts are escalating, sometimes violent, and are attracting more and more attention from the media. They have mobilized numerous local and international NGOs, and often triggered the development of an increasingly visible national civil society. In recent years the governments of these four countries have all been forced to take significant land policy measures in order to appease the public and strengthen their own legitimacy (see Part 3), each responding to the problem in its own way and at its own pace.

Beyond national borders, land issues are also contributing to the emergence of a regional civil society2 and to rising tensions between States, victims and perpetrators of land grabbing. But regional institutions3 have done little to address this phenomenon as it is still regarded as a matter of national sovereignty. The countries discussed in this paper have all made the same economic choices at more or less the same time (apart from Myanmar, whose land reform only started very recently): putting in place a neoliberal type market economy, promoting a model of modernisation that advocates turning land into capital, and developing industrial and export crops (rubber, oil palm, sugar cane, plantation forestry) through massive, mainly foreign, investments (Castellanet and Diepart, 2015). In this race towards development, sparsely populated regions and politically weak countries are easy targets for those countries/regions where the power and population are concentrated, and whose appetite for natural resources is constantly growing.

There is very little scientific literature on land matters in South-East Asia, and most of what has been written dates from 2007, when the food crisis both revealed and accelerated the extent of large-scale land acquisitions in the region and beyond. The research is also often limited to a single country in the region, and/or focuses on land grabbing without taking account of the historical depth and all-encompassing nature of the current land reforms.4 In their effort to open up to the market economy, these four countries are proposing land reforms that will radically change social relations on an unprecedented scale. Their reforms are broadly similar in that they all encourage forms of appropriation5 similar to individual ownership secured by titles, and allow the development of a land market; but different because the way that they are undertaken depends on the historical and political context in each country. So how did countries in the Mekong conduct their reforms, and what impact have their choices had on the development of current social tensions? Are their choices fundamentally different, and will they always be different? What difficulties do they have in common, and which problems are country-specific? And what can be learned from these similarities and differences?

Looking beyond (or behind) their policies and land tenure systems, the comparative tables below show that there is a clear difference between the relatively sparsely populated countries (Laos, Cambodia and Myanmar) and much more densely populated Vietnam. Thailand is somewhere in the middle, albeit with major internal differences. Nevertheless, the four so-called Mekong countries have fairly similar levels of economic development (with the highest GDP in Vietnam) and are still essentially rural countries where over 60% of the active population works in agriculture – although this has fallen to below 50% in Thailand, which is the most economically developed country. Unlike Thailand, the four Mekong countries are also all in economic transition, having recently changed economic direction.

This paper aims to provide keys that will help us understand contemporary land dynamics in these four countries. In order to do so it highlights their similarities and differences, both in the long history that shaped today’s local land situations and in more recent reforms implemented in the context of greater economic openness. The first part of the paper sets the cultural and historical context, with an overview of the diverse ways that the political authorities and different groups within the region have related to land. After a brief review of the colonial and socialist chapters of their history, the second section looks at the different stages of reforms that have been implemented since the late 1980s. Having set the scene, the third section then considers the current situation through the prism of four of today’s most sensitive land issues.