This Land is Whose Land? Dispossession, Resistance and Reform in the United States | Land Portal
Skip to main content 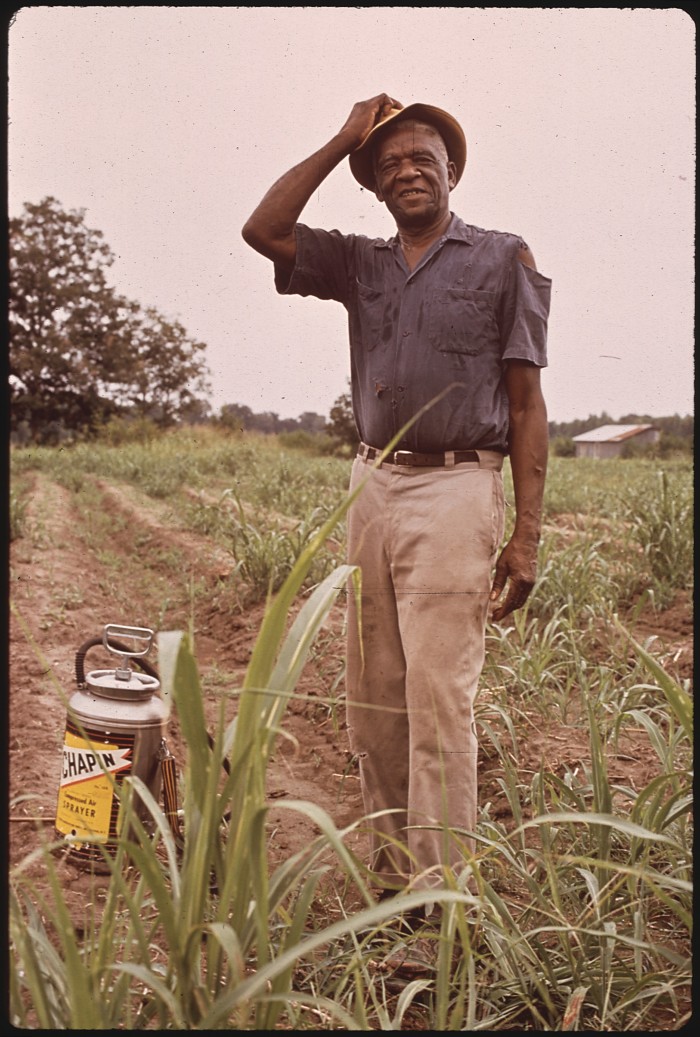 The disastrous effects of widespread land grabbing and land concentration sweeping the globe do not affect all farmers equally. The degree of vulnerability to these threats is highest for smallholders, women and people of color—the ones who grow, harvest, process and prepare most of the world’s food.

International market forces have invaded every aspect of economic and social life. The wholesale privatization of public goods has concentrated immense power in the hands of global monopolies and introduced new layers of inequality into our food systems. The destruction of smallholder agriculture in the Global South has sent millions of rural people on perilous migrations in search of work where they often enter low-paying jobs in the food system. They are pushed to underserved neighborhoods of color where labor abuse, diet-related disease and food insecurity are the norm.

Though surrounded by former peasant farmers (now turned farmworkers), many older farmers wonder who will farm the land when they are gone.

At the same time, despite record agricultural profits, farming communities in the US heartland are steadily emptying out, reeling from unemployment and the environmental consequences of 70 years of industrial agriculture. Though surrounded by former peasant farmers (now turned farmworkers), many older farmers wonder who will farm the land when they are gone. But young, beginning and immigrant farmers find it too costly to access land.

Big farms in the US are getting bigger. Small farms are getting smaller. The same structural adjustment polices and free trade agreements that devastate the livelihoods of farmers in the Global South are steadily reshaping the agrarian landscape of the United States.

The land grabs occurring in the Third World are the tip of the iceberg of a long process of capitalist reconfiguration of land and resources known as the agrarian transition. At the dawn of the Industrial Revolution, this meant mobilizing resources from the countryside to the city to subsidize industry with cheap food and cheap labor—largely accomplished by destroying the commons and dispossessing peasant farmers. The agrarian transition has gone through many permutations since then, but generally kept its anti-commons and anti-smallholder thrust.

Today, family farmers are fighting to hang on to their farms and aspiring farmers are struggling to access land. Because of the structural racism in our food system, immigrants and people of color are at a particular disadvantage.

Today’s agrarian transition is about the countryside’s role in the rise of agri-food monopolies, the intensification of extractive industries and the emerging dominance of international finance capital. A commodities boom within the industrial grain-livestock/agro-food complex coupled with a global crisis of capital accumulation (too many goods and too few buyers) have made land a hot investment offering global investors an opportunity to treat it “like gold with yield.” Land is concentrating in fewer and fewer hands, dispossessing millions as it pads corporate portfolios.

The World Trade Organization, the World Bank, the International Monetary Fund, and trade agreements like the North American and Central American Free Trade Agreements and the Trans Pacific Partnership and Trans Atlantic Free Trade Agreement (under negotiation) facilitate the modern agrarian transition on a global scale. The USDA, the Farm Bill, the deregulation of finance capital and the gutting of government anti-trust laws are bringing the agrarian transition home to the US.