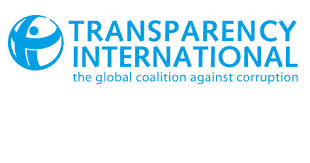 Land is a vital resource that sustains livelihoods across Sub-Saharan Africa, but also one that is heavily prone to corruption. Every second citizen in Africa has been affected by land corruption in recent years, according to a study by Transparency International.

Whether it’s an opaque deal between private investors and local authorities, citizens having to pay bribes during land administration processes, or customary laws that deny women their land rights, land corruption hits the poor and marginalised hardest. For young people, land corruption in rural areas can sap entrepreneurial spirit and restrict access to employment, driving migration to overcrowded urban centres. The consequences are food insecurity, an increased risk of conflict and a threat to traditional ways of life. Land corruption eats away at national economies and stands in the way of achieving the Sustainable Development Goals.

For citizens, limited access to information, complex laws and procedures regulating land ownership, and insufficient access to justice are some of the driving forces behind land corruption in Africa, while insufficient capacity in local land offices and traditional institutions makes it more difficult for officials to support good governance practices. In addition, rapid urbanisation has led to unaccountable land management and urban planning in many of Africa’s cities. Limited anti-corruption oversight by independent bodies, and a perceived lack of consequences for abusing power means the corrupt often get away with their crimes.

Launched in 2014, our Land and Corruption in Africa Programme is addressing these land corruption risks by:

Our key outputs include:

Ghana: We worked on a participatory video project with 10 widowed women from Kulbia Village in the eastern part of the country so women could document land issues affecting them, push for change in traditional practices and, ultimately, put an end to the corruption and abuse they face. We also produced a training guide for paralegals to assist in land corruption cases.

Kenya: We worked with communities to identify and capture school property boundaries online, educated school management committees about the process of applying for a land title and offered support in tracking the title application process. In addition, we partnered with Germany’s Humboldt University to produce a handbook on how to map land corruption risks in sub-Saharan Africa.

Madagascar: We partnered with the government, surveyors and citizens to pilot an inclusive land demarcation campaign to ensure communities know their land ownership status.

South Africa: We partnered with journalists to investigate a questionable land deal and hosted a workshopfor young people from Malawi, Namibia, South Africa, Zambia and Zimbabwe to brainstorm innovative solutions to combat land corruption affecting their communities. The top four ideas were awarded seed grants to be developed further.

Uganda: Collusive land deals that force local communities off their land are highly prevalent in Uganda. We have partnered with local media to expose the wrongdoing and will use the findings to launch a campaign to call for change.

Zimbabwe: We have exposed how women are forced to provide sexual favours to males in positions of power in order to access land, and documented the rise of illegal housing cooperatives that are undermining good urban land governance.

Between now and 2019, we hope to broaden the scope of our work by:

One global movement sharing one vision: a world in which government, business, civil society and the daily lives of people are free of corruption.

In 1993, a few individuals decided to take a stance against corruption and created Transparency International. Now present in more than 100 countries, the movement works relentlessly to stir the world’s collective conscience and bring about change. Much remains to be done to stop corruption, but much has also been achieved, including: