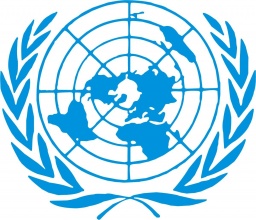 The United Nations is an international organization founded in 1945.  It is currently made up of 193 Member States.  The mission and work of the United Nations are guided by the purposes and principles contained in its founding Charter.

Due to the powers vested in its Charter and its unique international character, the United Nations can take action on the issues confronting humanity in the 21st century, such as peace and security, climate change, sustainable development, human rights, disarmament, terrorism, humanitarian and health emergencies, gender equality, governance, food production, and more.

The UN also provides a forum for its members to express their views in the General Assembly, the Security Council, the Economic and Social Council, and other bodies and committees. By enabling dialogue between its members, and by hosting negotiations, the Organization has become a mechanism for governments to find areas of agreement and solve problems together.

The UN's Chief Administrative Officer is the Secretary-General.

Over the coming decades, competition and conflict over land is likely to intensify with the growing pressures of climate change, population growth, increased food insecurity, migration and urbanization.

A fast-changing climate, conflict, inequality, persistent pockets of poverty and hunger and rapid urbanization are challenging countries’ efforts to achieve the Sustainable Development Goals (SDGs), according to a UN report launched in New York today.

The Sustainable Development Goals Report 2017 reviews progress made towards the 17 Goals in the second year of implementation of the 2030 Agenda for Sustainable Development. The report is based on the latest available data. It highlights both gains and challenges as the international community moves towards full realization of the ambitions and principles espoused in the 2030 Agenda.

The gender-responsive implementation of the 2030 Agenda for Sustainable Development presents an enormous opportunity to achieve gender equality, end poverty and hunger, combat inequalities within and among countries, build peaceful, just and inclusive societies, protect and promote human rights, and ensure the lasting protection of the planet and its natural resources.

•Follow-up and reviews of the global indicators

This document contains the updated tier classification, based on changes made by the Inter-agency and Expert Group on SDG Indicators (IAEG-SDGs) following its 3rd (March 2016), 4th (Nov. 2016) and 5th (March 2017) meetings. The tier classification of many indicators is expected to change as methodologies are developed and data availability increases.

The present publication provides national statistical agencies and policy makers with guidance on collecting, processing, analysing and disseminating individual-level data on asset ownership and control for the production of gender statistics.

The New Urban Agenda represents a shared vision for a better and more sustainable future – one in which all people have equal rights and access to the benefits and opportunities that cities can offer, and in which the international community reconsiders the urban systems and physical form of our urban spaces to achieve this.