In 2014, the African Union (AU) member states adopted the Malabo Declaration on Accelerated Agricultural Growth and Transformation for Shared Prosperity and Improved Livelihoods (the Malabo Declaration). This Declaration provides direction to transform the agricultural sector in Africa for the period 2015-2025 within the wider framework of the Comprehensive Africa Agriculture Development Programme (CAADP). It is an essential document that assists AU member states to achieve agriculture-led growth, and end poverty and hunger. Recently, the second Biennial Review Report was published to track the progress of the member states towards the targets set out in the Malabo Declaration. The review concluded “… that the continent as a whole is not-on-track to meet the goals and targets of the Malabo Declaration by 2025, but that positive progress is being made”. Focussing on the Southern Africa region, it finds that, despite a slight improvement between 2017 and 2019, none of the individual countries in the region is on track to achieve the overall goals by 2025. This lack of performance is of great concern for the agricultural sector, and in particular the smallholder farmers on the continent. In this piece, we highlight the major achievements and shortcomings within the Southern Africa region in order to stimulate intensified action towards inclusive agricultural growth, improved smallholder livelihoods, and ending hunger. 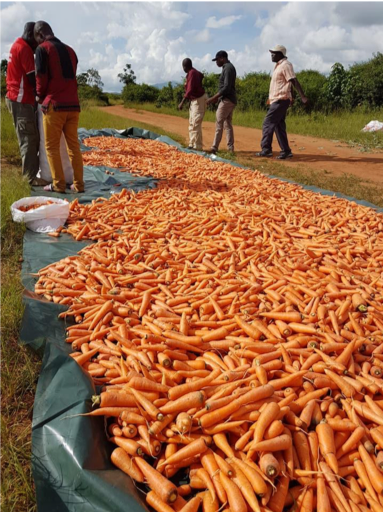 The Malabo Declaration commitments are a targeted approach to achieve the agricultural vision for the continent. It presents a holistic approach for governments to achieve improved livelihoods through agriculture, with a particular emphasis on the role of smallholder farmers. Governments are expected to integrate the goals set out in the Malabo Declaration into their National Agriculture Investment Plans, and implement multi-stakeholder platforms for accountability and peer review purposes. As reported in the inaugural biennial review (2017), countries were able to perform according to their commitment in the first two years following the signing. 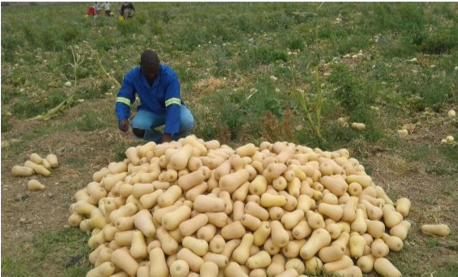 However, the pace of progress seems to have slowed down across the continent, and particularly in the Southern Africa region. The second biennial review finds that Southern Africa as a region does not reach the on-track score on any of the seven commitments[1]. Although overall progress has been made since 2017, this is not sufficient to remain in line with the interim targets. A number of negative developments stand out. Firstly, the agreed commitment to allocate 10% of annual public expenditure to agriculture is not achieved by any of the member states in Southern Africa. Namibia and Zimbabwe even have lower scores than in 2017 on their overall recommitment to the principles and values of the CAADP process. This lack of financial resources has a negative follow-on effect on the other commitments. For example, none of the Southern African countries achieved at least a 6% growth rate of agriculture value added per annum between 2017-2019, whereas they had been able to report such growth for the 2015-2017 period. Unfortunately, data on the engagement of youth and women in agriculture are unreliable for most of the AU member states, and it is thus difficult to determine how inclusive the growth that has been achieved is. However, the mere fact that there is a lack of data on the latter is an alarming concern as women and the youth are among the most vulnerable categories in African societies.

Secondly, smallholder farmers in particular seem to endure the undesirable consequences of governments’ lack of support and commitment. The review notes in particular its concern with “the low score on the indicator measuring the access of smallholder farmers/rural households to, and the use of, financial services for the purposes of transacting agricultural business”.  Smallholder financing has been an enduring challenge for which innovative solutions remain difficult to find. In addition to the poor availability of financing, none of the countries achieves the interim targets set for access to agricultural inputs and technologies. These products and services are regarded as pivotal to enhance yields and productivity needed to reduce the instances of hunger. Undernourishment and stunting levels are still at disconcertingly high levels across Southern Africa as reported in the second biennial review. Another long-standing issue is secure rights to agricultural land, which particularly affects farm households in Malawi, Mozambique and Eswatini. Furthermore, “government budget-lines dedicated to resilience building initiatives are disappointingly low”, and only Angola and Malawi report to have at least 15% of agricultural land placed under land and water management practices. Smallholder farmers thus remain extremely vulnerable to increasing climate variability. The implementation of institutionalised mechanisms and platforms for mutual accountability and peer review has not taken place in most of the Southern Africa countries. 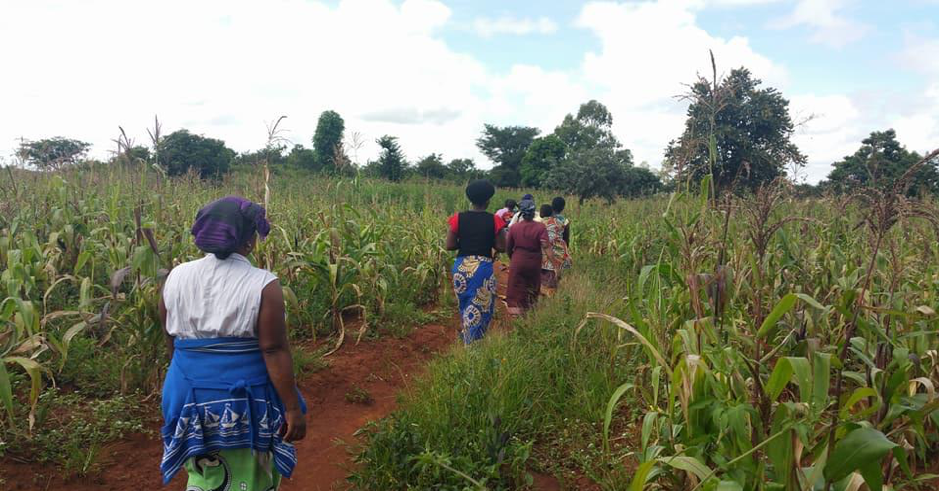 The report also mentioned positive developments realised on some sub-indicators by individual countries. For example, the size of irrigated area, and the provision of quality agricultural inputs in Angola, Botswana, Malawi and Zambia align with the interim targets. Eswatini and Zimbabwe are reported to perform on-track in the access to agricultural services. Botswana, Mozambique and Namibia have reported growth rates of yields of national commodities of over 30%, which contributes positively to ending hunger. Angola was the only country in Southern Africa that achieved a more than 15% reduction of post-harvest losses. Mozambique and Namibia are among the countries that have a fully functional food safety system. The commitment with the highest aggregated score is ‘Boosting intra-African trade in agriculture commodities and services’. It is, however, not clear if this score is mainly driven by the contribution of large commercial players in the region, and whether this also benefits smallholder farmers.

The overall conclusion from the second biennial review is disappointing though. The agricultural sector, and specifically the smallholder farmer segment, does not receive the much-needed focus. It also shows that member states are not honouring obligated commitments. Inclusive growth that can transform the structure of the sector, improve the livelihoods for the rural population, and reduce hunger and poverty is not gaining sufficient traction. Governments need to step up to their commitments and increase public expenditure dedicated to agriculture in general, and smallholder farming in specific. The private sector needs to make a concerted effort to allow smallholder farmers access to commercial value chains. Equally so, civil society organisations have an important role to monitor government pledges and initiatives, to empower and organise smallholders, as well as convincing the private sector of the importance to support and collaborate with smallholder farmers. Multi-stakeholder platforms are an essential instrument to bring all these actors together. It is clear that smallholder agriculture needs to be brought back to the attention of a range of stakeholders. Without such focus, and the financial backup, any positive developments on improved livelihoods, reduced hunger and poverty will be difficult to attain.

Image 2: Produce on the border between Mozambique and Malawi; Image

4: Women farmers walking through the field in Zambia

[1] The seven Malabo Declaration commitments are: 1. recommitment to the principles and values of the CAADP process; 2. enhancing investment finance in agriculture; 3. ending hunger by 2025; 4. halving poverty through agriculture by 2025, 5. boosting intra-African trade in agricultural commodities and services; 6. enhancing resilience to climate variability; 7enhancing mutual accountability for actions and results.