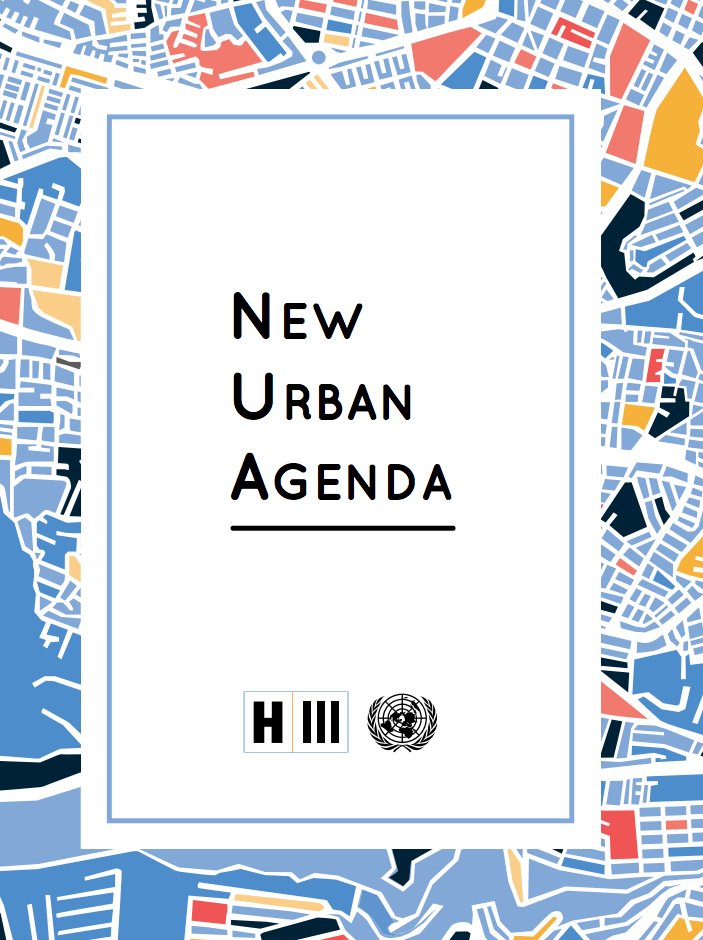 The New Urban Agenda represents a shared vision for a better and more sustainable future – one in which all people have equal rights and access to the benefits and opportunities that cities can offer, and in which the international community reconsiders the urban systems and physical form of our urban spaces to achieve this.

In this unprecedented era of increasing urbanization, and in the context of the 2030 Agenda for Sustainable Development, the Paris Agreement, and other global development agreements and frameworks, we have reached a critical point in understanding that cities can be the source of solutions to, rather than the cause of, the challenges that our world is facing today. If well-planned and well-managed, urbanization can be a powerful tool for sustainable development for both developing and developed countries.

The New Urban Agenda presents a paradigm shift based on the science of cities; it lays out standards and principles for the planning, construction, development, management, and improvement of urban areas along its five main pillars of implementation: national urban policies, urban legislation and regulations, urban planning and design, local economy and municipal finance, and local implementation. It is a resource for every level of government, from national to local; for civil society organizations; the private sector; constituent groups; and for all who call the urban spaces of the world “home” to realize this vision.

The New Urban Agenda incorporates a new recognition of the correlation between good urbanization and development. It underlines the linkages between good urbanization and job creation, livelihood opportunities, and improved quality of life, which should be included in every urban renewal policy and strategy. This further highlights the connection between the New Urban Agenda and the 2030 Agenda for Sustainable Development, especially Goal 11 on sustainable cities and communities.

Member States; intergovernmental organizations; the United Nations Human Settlements Programme (UN-Habitat) plus more than 40 United Nations agencies, funds, and programmes; 200 Policy Unit experts with 20 co-leading organizations; 16 partner constituent groups of the General Assembly of Partners; thousands of subnational and local governments and all major networks of local and regional governments coordinated by the Global Taskforce of Local and Regional Governments; 197 participating states; over 1,100 organizations; and more than 58,000 networks were involved in the preparations of the New Urban Agenda. These expert and stakeholder inputs formed the foundation of the zero draft of this document and further feedback was exchanged with Member States during the informal hearings with local governments and stakeholders, and taken into account throughout the intergovernmental negotiations that took place prior to the Conference, where the New Urban Agenda was adopted without reservations.

This participatory approach extended into the very framework of the Habitat III Conference in Quito, Ecuador, which is now widely considered to be among the most inclusive and innovative United Nations conferences. Side by side with the intergovernmental plenary sessions and high-level roundtables were the assemblies, which opened and framed the Conference by giving a space to constituent groups, as did the stakeholders’ roundtables, special sessions, dialogues, and other events organized by various organizations and partners throughout the Conference. It further maximized this participation and focused on implementation of the principles, policies, and actions for sustainable urban development by including the One UN Pavilion to showcase and enable collaboration among the United Nations agencies, the Habitat III Exhibition to highlight independent organizations' innovations, and the Habitat III Village to exemplify urban solutions through actual interventions at the neighborhood level.

The Habitat III Conference and the city of Quito welcomed 30,000 participants from 167 countries, with online platforms and tools that enabled people all over the world to follow principal events online. It witnessed a historic realization of the principle of inclusivity, including gender and regional balance considerations on all panels; the meaningful inclusion of slum dwellers and grassroots leaders; the groundbreaking second World Assembly of Local and Regional Governments, as well as the involvement of a wide range of stakeholder groups, which all have a critical role to play in the implementation of this shared vision.

UN-Habitat is the United Nations programme working towards a better urban future.

The United Nations is an international organization founded in 1945.  It is currently made up of 193 Member States.  The mission and work of the United Nations are guided by the purposes and principles contained in its founding Charter.

UN-Habitat is the United Nations programme working towards a better urban future.