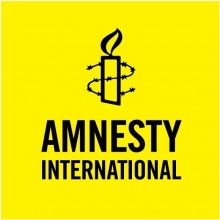 Amnesty International is a global movement of more than 7 million people who take injustice personally. We are campaigning for a world where human rights are enjoyed by all.

We are funded by members and people like you. We are independent of any political ideology, economic interest or religion. No government is beyond scrutiny. No situation is beyond hope.

Few would have predicted when we started that torturers would become international outlaws. That most countries would abolish the death penalty. And seemingly untouchable dictators would be made to answer for their crimes.

What does Amnesty do?

We investigate and expose the facts, whenever and wherever abuses happen.

We lobby governments, and other powerful groups such as companies. Making sure they keep their promises and respect international law.

By telling the powerful stories of the people we work with, we mobilize millions of supporters around the world to campaign for change and to stand in defence of activists on the frontline.

We support people to claim their rights through education and training. .

We are introducing a new, global way of working – with a distributed centre and Regional Hubs of research, campaigns and communications – because we owe it to the people we work for to be the most effective force for freedom and justice that we can, globally.

As we develop this process – in line with the long-held desire of our international membership – we will post regular blogs, articles, stories and personal accounts to explain what is happening, and why it is important to those on the human rights front line.

The Lands Act 1964 was the first comprehensive piece of legislation which came into existence to pave the way for land reform. Key objectives of the Act were a) enhancing the standard of living of people dependent on land including through ensuring “equitable distribution of agricultural land”; and b) securing rapid economic development and wellbeing of the general population through attaining optimum agricultural growth.

This report documents the violent clashes between members of farmer communities and members of herder communities in parts of Nigeria, particularly in the northern parts of the country, over access to resources: water, land and pasture. It also documents the failure of the Nigerian government in fulfilling its constitutional responsibility of protection of lives and property by refusing to investigate, arrest and prosecute perpetrators of attacks.

Defenders of Indigenous land in Malaysia are targeted, singled out and face opposition from state authorities and private individuals when they speak up. These abuses have further disenfranchised Indigenous communities in Malaysia, marginalising them socially and harming them economically. The report examines the struggles human rights defenders of Indigenous peoples have endured as they have sought to claim their right to Indigenous lands, and the steps that should be taken by the government to ensure that they are given the protection they deserve.

Early in the morning of 25 August 2017, members of a Rohingya armed group, the Arakan Rohingya
Salvation Army (ARSA), attacked approximately 30 security force outposts in northern Rakhine State.1 In its
response, the Myanmar Army, rather than targeting ARSA, launched an attack on the Rohingya population
in northern Rakhine State as a whole. Often working with Border Guard Police (BGP) and local vigilantes, the
military has carried out a campaign of violence that has been systematic, organized, and ruthless.

Conclusions: "Amnesty International’s latest research shows that hundreds of people close to the giant Letpadaung mine continue to face the risk of forced eviction from their farmland, and in the case of four villages, from their homes as well. In addition, thousands of people living in the area are at risk from Myanmar Wanbao’s inadequate management of environmental risk at the Letpadaung mine, which is situated in a flood and earthquake-prone area. The ESIA for the mine contains fundamental gaps and weaknesses, which Myanmar Wanbao has still not addressed.

An insidious wave of threats, bogus charges, smear campaigns, attacks and killings of environmental and land activists in recent months has made Honduras and Guatemala the most dangerous countries on earth for those protecting natural resources, Amnesty International said in a new report six months after the brutal murder of Indigenous leader Berta Cáceres.

Forced displacement and the misappropriation of land, often through violence and intimidation, have been a defining feature of Colombia’s internal armed conflict. These human rights violations and abuses have targeted above all Indigenous, Afro-descendant and peasant farmer communities. For these communities, whose identities and livelihoods are intimately linked with the land on which they live and work, the trauma of displacement has been particularly acute.

Executive Summary: "This report is the culmination of a one year investigation by Amnesty International into alleged human
rights abuses by companies, including multinational companies, operating in Myanmar. The
report focuses on the Monywa copper mine project and highlights forced evictions, substantial
environmental and social impacts, and the repression, sometimes brutal, of those who try to protest.
It also raises serious questions about opaque corporate dealings and possible infringements of economic