Community Development Association (CDA) is a highly secular, non-partisan-non-Government Development Organization (NGDO) established in the year 1985-1986 in North Western Part of  Bangladesh CDA gradually has been shifted its strategic position from charity to a Right based Organization now facilitating among the poorest, landless and marginal farmers along with the plain land indigenous people (IP) including the differently able men, women &youth with a view to empower, ensure and secure access to land Rights from its inception. Initially, CDA entered voluntarily in the rural poor communities in the remotest villages in greater Dinajpur district the then and it was committed to organize the rural landless poor with the concept of Integrated Community Development Program(ICDP) and tried to unite them in several small groups at their doorsteps in several villages from 1985-86 to 1988 -89 in association with OXFAM-GB &CAFOD-APHD-Hong kong.

Later, upon  the practical experience gathered from the reality CDA initiated and facilitated the small groups to reorganize them and re-strengthen their capacity to institute a village based Federation of the landless poor  connecting with the village context with a view to ensure access & utilize local resources within the village to promote the sustainable livelihood through implementing of Integrated Rural Development Program (IRDP)for the period from 1989 to 1995-2004 and able to develop a people centered development model which was contributing to bring significant qualitative changes in the lives of rural poor and IPs in the Northern part of Bangladesh. CDA had a significant growing period for institutionalizing itself with an unique image of integrated approach assisted to obtain a  very clear political strategy to innovate the socio-political development framework followed by the International human rights declarations leading towards the formulation of the National pro-poor policy(s) for the poverty reduction, empowerment of the rural poor, women rights, Land rights, Labor rights, Consumer’s rights ,Child rights as well as ecology and development, in relation with the National Constitutional options with the support from OXFAM-GB, NOVIB-The Netherlands, Swiss Development Cooperation(SDC) and Bread for the world-Germany. Consequently CDA itself has been inspired to design and determined its mission statement and formulated the shared vision as well as building up the unity of the landless, disempowered and the marginalized peasant’s e.g. among rural poor men, women, and the youth through building their self-help institution at the village level separately but, CDA has been playing the role of facilitating and assist to strengthen for identifying and addressing their poverty issues independently but collectively from the socio-economic, political ,cultural and ecological context. Considering such an effective mechanism to identify the local needs and demands CDA gathered more experience about the social transformation from such mobilization process by the organized people and insighted to the alignment of this process with the ICESC rights and civil and political rights. Then CDA took the opportunity to include and apply the human rights approach in its development process and start facilitation towards the Peoples Initiative for Rights Assertion(PIRA) by the village based Federation. CDA determined, its role, specified its support activities and separated its identity from the village based institutions and re-positioned having a very strong staunch upon the human rights and  facilitating the united poor people to strengthen their management capacity to deal with institutional process parallel  to the political and Government Administrative tiers at the local level to make the local authorities accountable  at the grass-root level and a solidarity-networking process constituted with the Civil Society Organizations moving forward to the Agrarian reforms to ensure the rights having  access to the public land, water ,forest  along with securing rights to the natural resources for sustainable livelihood.  CDA has been facilitating its technical knowledge generation support among the united rural poor and its solidarity networks at the various human resource mobilization levels on the basis of gathered experience from the practice of the micro-institutions which is already established as a protection mechanism evidently. Also, such an effective mechanism has a role to ensure the People Centered Governance towards building an effective convergence tied-up over the poor, local CSOs and the local Government in taking the Local level decision collectively. So, Institution Building (IB) is a core program of CDA in the name of Peoples Organization is constructed with the village people parallel to the local Government Institutions are attainable an unique people centered pluralistic development efforts as a tool of sustainable intervention strategy inspiring to undertake the supportive role for achieving all sorts of demand driven issues for the rural landless poor especially for defending the ancestral land of ethnic minorities and Indigenous People against the grabbers throughout the plain land including the support to the differently able persons as well. Village Based Institution Building is not only the program of CDA it is also a Process in implementing or mobilizing any People Centered activities or reform/governance issues for social change and development meaning change the lifestyle, attitude and the behavior of the rural disadvantage communities by themselves getting information about their rights as a citizen from local, national and international sources through CDA as a facilitating organization with the support from Bread for the world(Bftw)-Germany and the moral and knowledge support from the different networking organizations e.g. National, Regional and the Global civil society organizations as well. 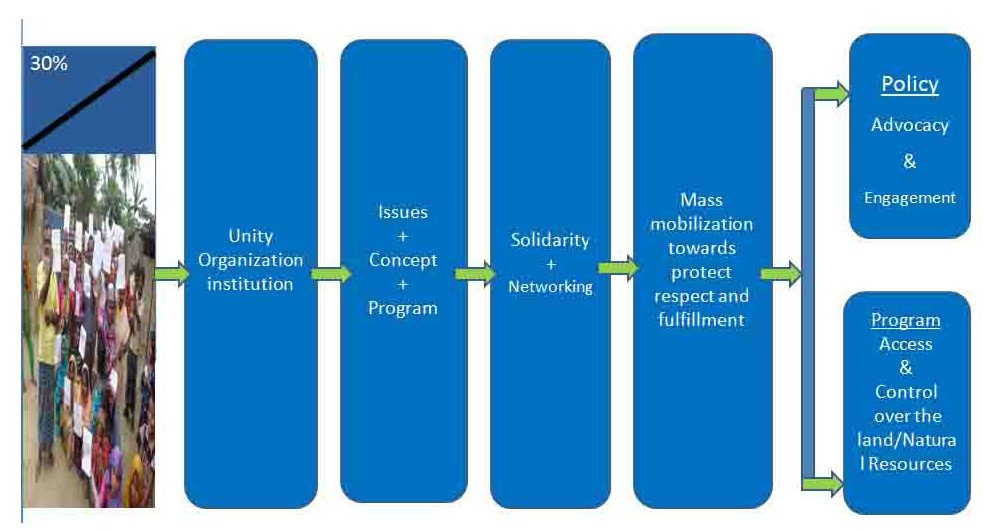 An United Agrarian Society through People Centered Democracy and land Governance, which is socially just and free from all discriminations, Human Rights are established with Political stability, and Communities are economically productive with ecologically balanced Environment

Building Institutions of the Rural disempowered landless poor, argil- Labor  and the Marginal peasants including the Differently able, Old-age, Ethnic & Religious minorities and IPs to ensure and secure their access to and control over the public & Natural resources (Land, Water and Forest) with Gender equality.

In Order to ensure policy mobilization 16 nos. of local NGOs coordinated by CDA from the Northern Districts in two divisions Rajshahi & Rangpur having  an alliance namely People, Land and Agrarian Reform in Northern Ecological Territory (PLAnet) facilitates as a vehicle to accelerate Peoples Centered Land Governance. 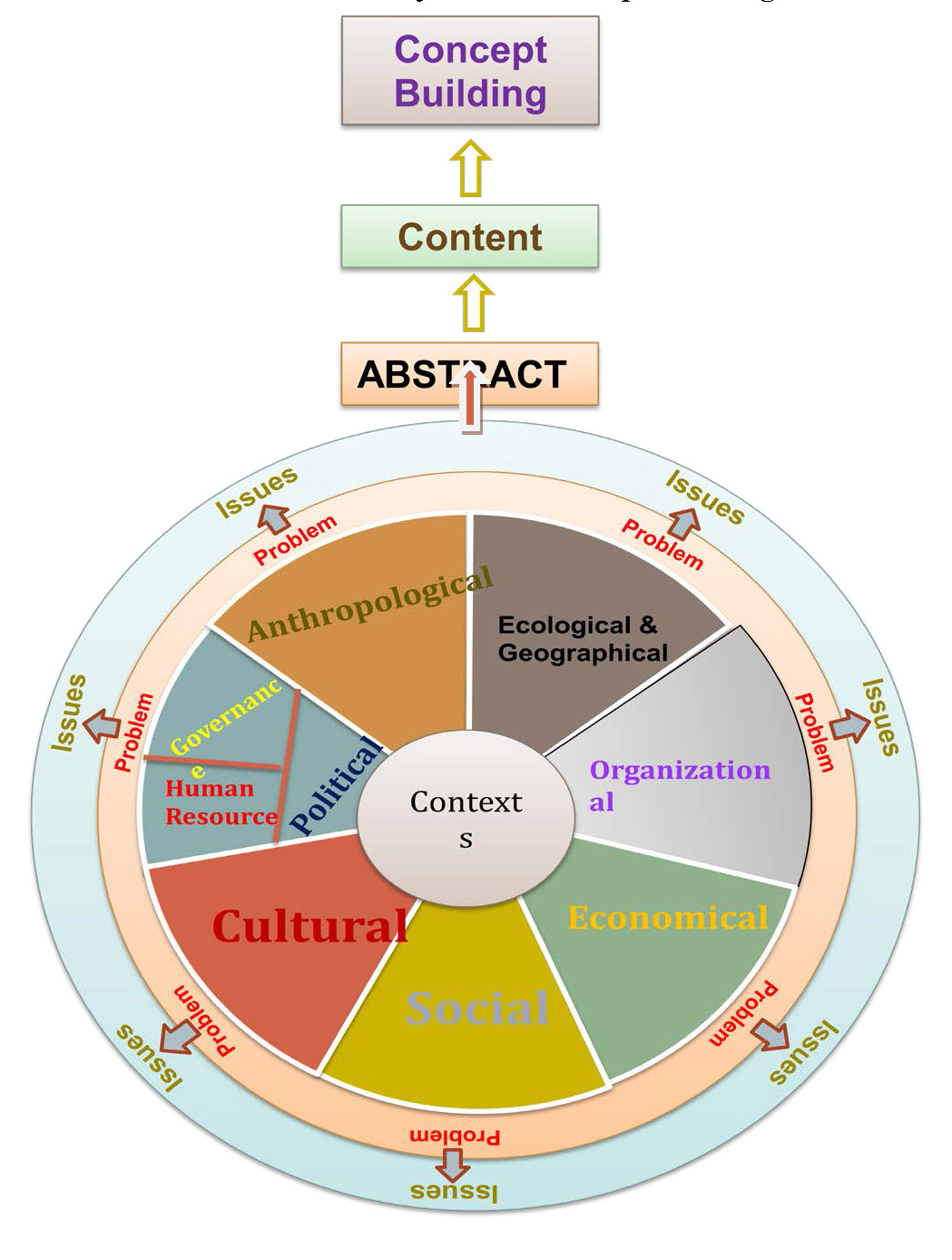 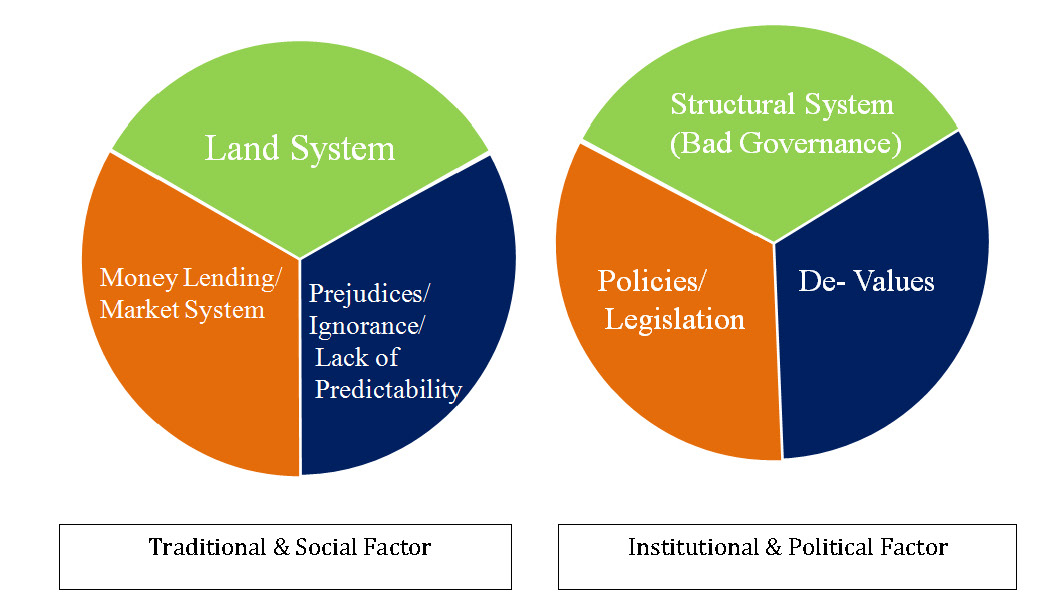 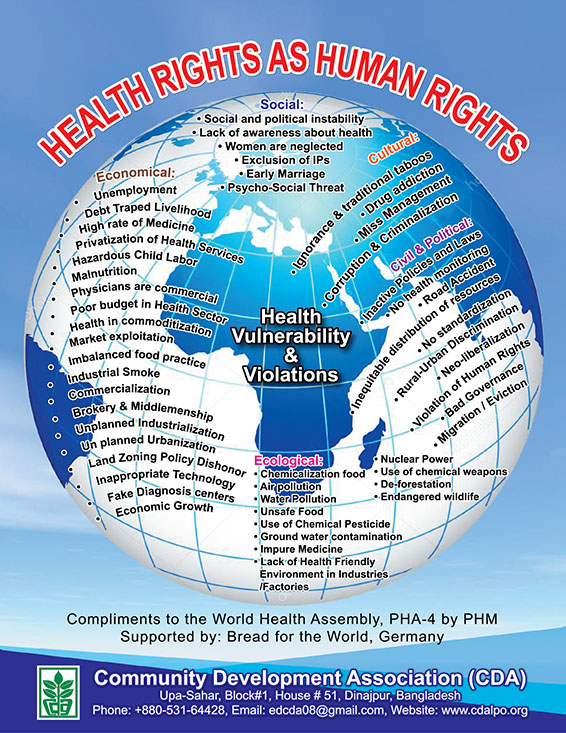 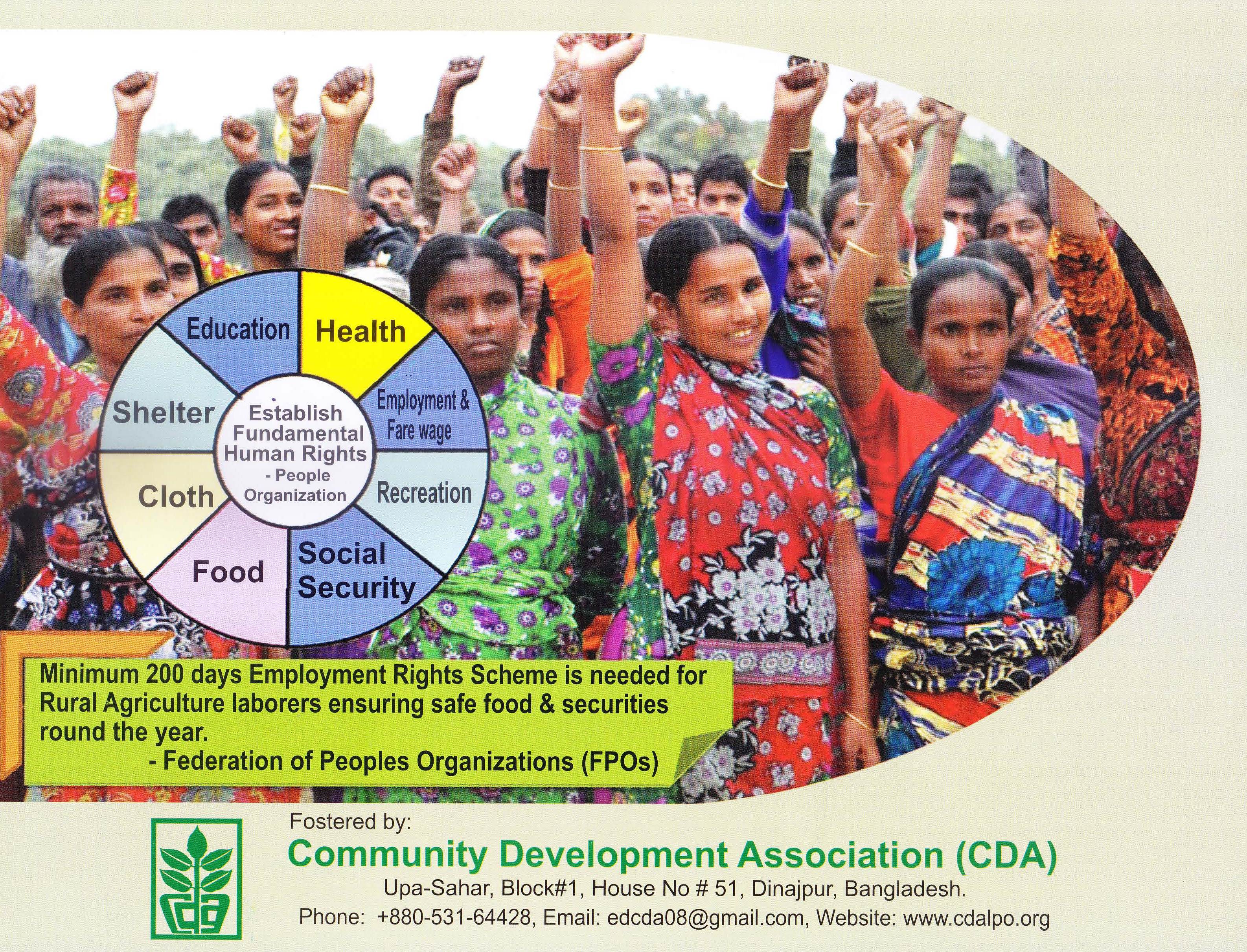 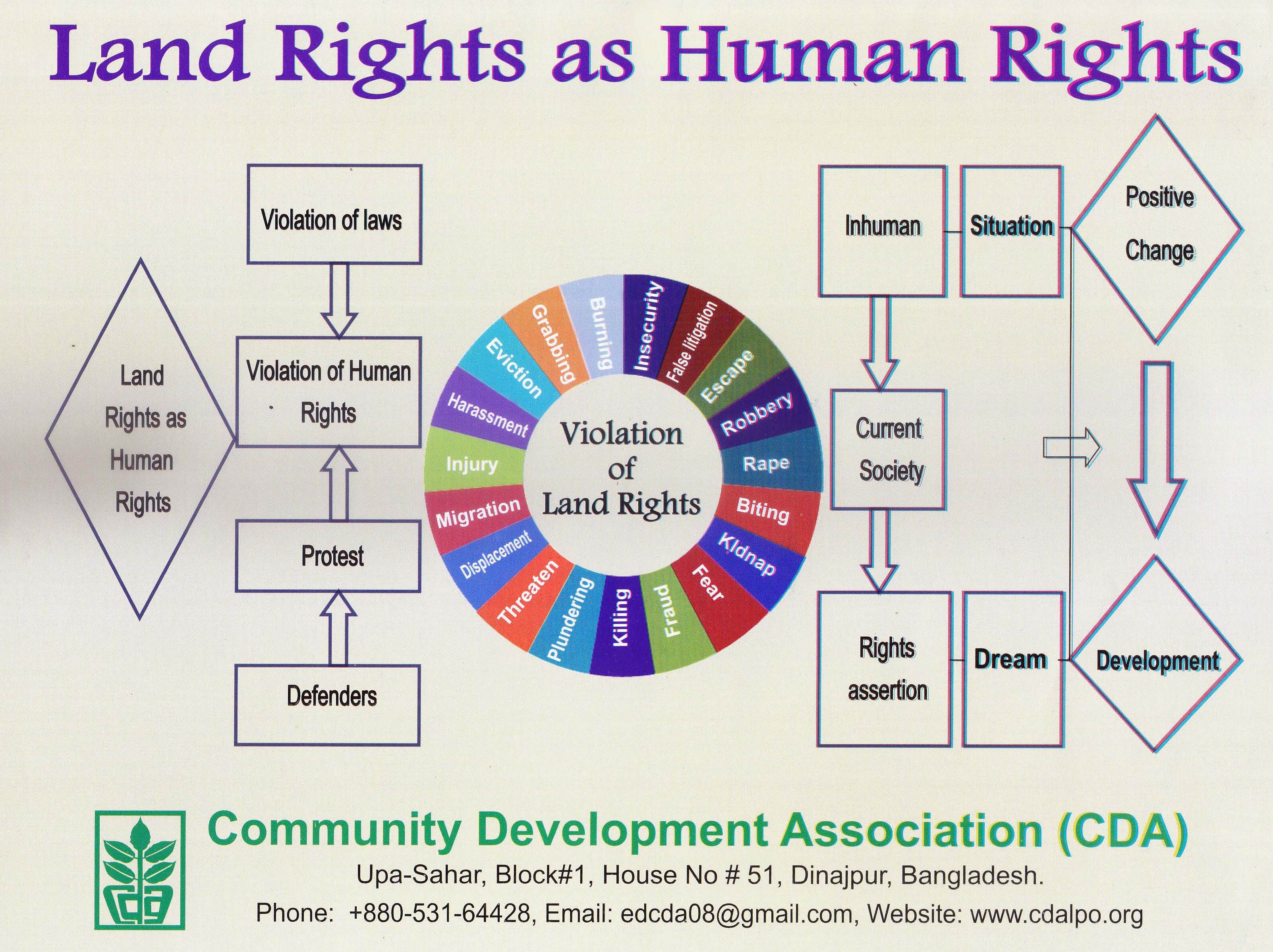 Save the Earth and Climate_PLANET_VILLAGIZATION 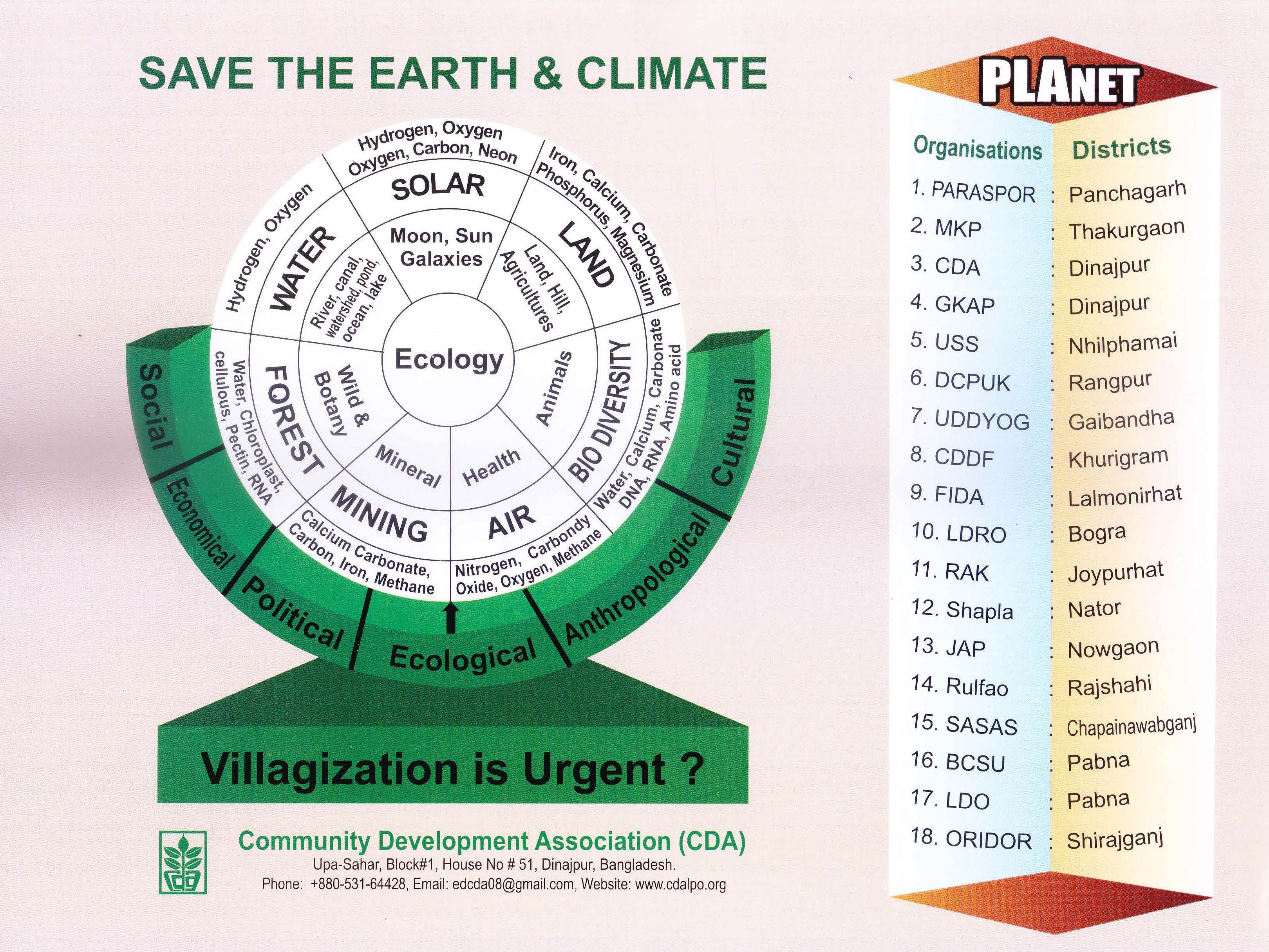 The village of Rampur, in the Dinajpur district of

Bangladesh, was established on public ‘khas’ land in 1953

by landless farmers. However, in the following decades,

different groups of local elites claimed the land and tried

to evict the villagers. Thanks to support from CDA, the

villagers resisted the harassment and false claims. In 2000

the court quashed the false claims; in 2001 the village was

land In 1994, the landless villagers of Rajarampur in Dinajpur

according to government priorities) that had been lying

fallow land. The occupation was contested by local elites,

Abstract: Conflict and vested interest on khasland are common phenomenon in rural Bangladesh due to impact of colonial exit. Landless poor are living upon other’s land which is very painful in their life at the age of modern state. Many landless poor are living without having legal access to Government khas land.