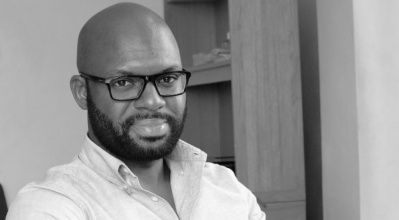 International Development Expert, writer, and motivational speaker Dr. Jamal Browne, continues to establish himself as an outstanding young leader within the Caribbean region and across The Americas.

At just 31 years old, his professional and academic accomplishments are testimony to his progressive outlook on life,  while his civic engagements and keen sense of social responsibility reflect his commitment to improving the human condition, while inspiring others to do the same.

“True fulfillment is the product of every effort and sacrifice required to bring us into the fullness of God’s divine plan for our lives.” – Jamal Browne

In 2008, he received his Bachelors Degree (Hons) in Surveying and Land Information from The University of the West Indies in Trinidad & Tobago, and immediately thereafter joined the public service in his native Saint Vincent and the Grenadines.

In 2011, he returned to the University of the West Indies to pursue a Master of Philosophy (M.Phil), with a focus on Land Tenure Security and Disaster Risk Reduction.

In February 2014, he successfully upgraded to Doctor of Philosophy (PhD).

In June 2014, he joined the United Nations Human Settlements Programme (UN-Habitat) as a Consultant Project Officer at the agency’s headquarters in Nairobi, Kenya; and in January 2015, was among the first cohort of scholars of the Canadian Government-funded EKACDM Scholarship.

In June 2015, he launched Land and Property Network – a Caribbean-based start-up within the global land and property sector, that works with governments, international development and civil society organizations, and the private sector in addressing land administration and land governance issues.

He is an alumnus of President Barack Obama’s Young Leaders of the Americas Initiative (YLAI) – having served as a Professional Fellow in the initiative’s inaugural cohort (2016).

On November 17, 2016, Dr. Browne successfully defended his doctoral research at the University of the West Indies, St. Augustine Campus in Trinidad and Tobago.

Having shown great interest in the art of public speaking from a very early age, Jamal has spent most of his life developing this skill.

He however considers public speaking as his prized platform for sharing messages of hope with audiences that are more likely to respond to the spoken word.

Over the years, he has served as keynote speaker at numerous graduation and prize giving ceremonies, and has chaired international forums on Land & Property Rights.

He has also made presentations before audiences at The World Bank, United Nations, and numerous international and regional conferences.

“Reality will hit us with such a forceful punch if we ever for a moment believe that qualifications and accolades are standalone conditions for success.” – Jamal Browne

Jamal is an avid writer and blogger, and is currently working on his first major publication – set to be released in 2017. While his proficiency as a writer has been refined through years of formal tuition, a keen eye for detail, and an acutely creative mind, his exposure to courses in Journalism, Film Production, and Broadcasting has brought life to a hidden flair for new media.