The World Institute for Development Economics Research began operations in 1985 in Helsinki, Finland, as the first research centre of the United Nations University.

Today it is a unique blend of think tank, research institute, and UN agency – providing a range of services from policy advice to governments as well as freely available original research coordinated by a core group of resident and non-resident researchers and undertaken by a global network of collaborators.

Language of the event:
English

A century has passed since women in Undivided India, now divided into several countries of South Asia, demanded equal rights in property — especially land, the most important means of production in developing economies. The struggle continued after Independence. Today, the resultant legal reforms have given a vast majority of women legal equality with men in India, and their rights in neighbouring countries—Nepal, Pakistan, and Bangladesh―have also increased.

However, have changes in the law improved women’s situation in practice? Have they closed the gender gap in actual land ownership and trumped restrictive social norms and customs? If not, is there a way forward?

Bina Agarwal addresses these questions in the 2021 WIDER Annual Lecture, drawing on her three decades of research on the subject.  She is joined by Professor of international affairs at The New School in New York, Sakiko Fukuda-Parr, as discussant. 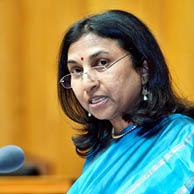 Agarwal brings to her work insights from both theory and field experience. She pioneered the issue of gender inequality in property and land in her award-winning book, A Field of One’s Own (Cambridge University Press, 1994), placing the issue centrally on the global agenda of governments, civil society, and international agencies. In 2005 she led a successful civil society campaign for amending India’s Hindu Inheritance law to make it gender equal.

In 2008, she received a Padma Shri from the President of India; in 2010 the Leontief Prize; and in 2017 several awards: the Louis Malassis International Scientist Prize, the Order of Agricultural Merit, France, and the International Balzan Prize. 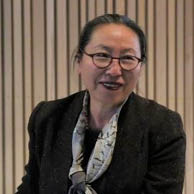 Sakiko Fukuda-Parr is Professor of International Affairs at The New School. Her current research interests focus on global health politics, and global goal setting and governance by indicators. From 1995 to 2004, she was lead author and director of the UNDP Human Development Reports.

Over the years she has published widely on a broad range of topics including inequality, poverty, international economic governance, gender and technology. She received the American Science Association’s award for Best Book in Human Rights Scholarship, and the Grawemeyer Prize for Ideas to Improve the World Order for her co-authored book Fulfilling Social and Economic Rights (with T. Lawson-Remer and S. Randolph).

Fukuda-Parr serves on the UN Committee on Development Policy as Vice Chair, and the Board of Knowledge Ecology International. She co-directs The Collective for Political Determinants of Health.