The day I first met Dr. Tajamul Haque, I did not realize I was meeting the man who would change the trajectory of tens of millions of lives across India – and my own.

It was 1999 -- a hot, muggy April day in Kolkata. Roy Prosterman – my former professor, mentor, and Landesa co-founder – and I were returning from weeks of fieldwork in rural West Bengal to better understand the land rights challenges facing rural residents. In the wake of our time in West Bengal’s villages, we had scheduled meetings with several Indian academics, policy makers, and thought leaders familiar with the land rights topic to learn from them and explore whether Landesa might support Indian-led efforts for reform. 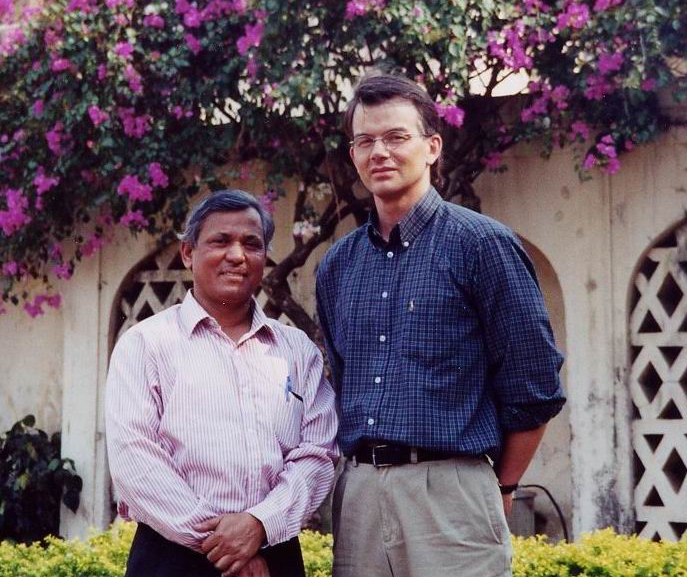 Among those meetings was one with the Director General of the National Institute for Rural Development (NIRD). Unbeknownst to us, the NIRD leader had invited Dr. Haque to join the meeting. In he walked – a man short in physical stature with a warm smile, twinkling eyes, and a firm handshake. A few minutes into the meeting, it became clear that Dr. Haque’s knowledge about, and passion for land rights issues was extraordinary. He spoke with a deep understanding, conviction, and empathy about the land-related challenges faced by India’s rural downtrodden.

After the meeting formally ended, Roy and I continued to sit with Dr. Haque, listening to his concerns about how land rights had faded from India’s policy agenda, and to his visions of how strategic land-related policy reforms and implementation could create transformational opportunity for tens of millions of India’s poorest rural citizens. That first conversation touched on and resonated with several key topics we had heard in West Bengal’s villages in the weeks preceding and continued to resurface in ensuing years of fieldwork – the important roles of homestead plots, women’s lack of rights to and control over land, the dysfunctional nature of tenancy relationships, and the potential for better legally documenting land rights.

Many years later I would tell colleagues that my career can be divided into two chapters – one before I met Dr. Haque, and one thereafter. It was Dr. Haque’s encouragement and involvement that convinced Roy Prosterman and me to start a Landesa program in India. It was Dr. Haque’s encouragement and cajoling that helped prompt me to move myself and my family to India to jump-start Landesa’s India program. We initially planned to stay for only one year. In that year, Dr. Haque became a close counselor, collaborator, and friend. We worked together to design field surveys, write research reports and policy briefs, and organize policy workshops. Dr. Haque appeared to know everyone in the relevant academic and policy making arenas. And, he was extremely generous in making introductions and offering his time in collaborative efforts.

During that time, Dr. Haque played a key role in numerous land reform program and policy changes undertaken at the national or state level in India. His official roles and titles changed throughout that time -- holding various government and other leadership positions -- but his persistent and successful advocacy for land-related policy reforms that benefited the rural poor remained consistent.

Here is just a partial list of his remarkable accomplishments:

Dr. Haque ensured that my one year in India ended up being more than five.

He became dear friend to me and my wife Chitra, as well as “Dr. Haque Uncle” to my children. He entertained them with stories about his childhood days in rural poverty, reminisced about his college-age days when West Bengal was plagued with extremism and political violence, and regaled them with tidbits from his most recent meeting with India’s prime minister. He never failed to invite me to his home when I was in Delhi, and he spent countless hours in our home – both in Bangalore and in Seattle.

As Landesa began to grow a team in India, Dr. Haque appeared to take a keen interest in each person on that team. Despite his busy schedule and the heights of his professional stature, he always had a smile, a warm word, and a sincere respect for everyone he met. He was highly revered and deeply loved by our Landesa colleagues, and – from what I could tell – nearly everyone with whom he came in contact. He was a mentor and guru for so many in the land rights community.

I cannot imagine the past 22 years without Dr. Haque as a close friend, colleague, and collaborator. And, painfully – like so many others -- I resist imagining the coming years without him. He was always full of life – so quick to smile, laugh, give a hug or a word of encouragement to me, to my children, and to Landesa’s growing India team.

And his work is not done.

He was always the first to note what more could be done to improve and implement policies that benefitted the rural poor. He was a true champion for India’s downtrodden, a role that he played so well in part because he grew up extremely poor in a West Bengal village. He knew what it is like to be poor in rural India. He had lived it. He had escaped it – through opportunity made of both serendipity and hard work.

Having emerged from poor, rural India, Dr. Haque used his position as a policy advisor and policy maker in the elite levels of India’s government to champion the cause of the rural poor. His policy contributions included, but went well beyond the land policy sphere and touched on numerous other issues of agriculture and rural development.

Dr. Haque’s combination of kindness, warmth, intellect, humility, and commitment to and contributions for the downtrodden was unparalleled.  Few people live such lives of impact. Few people befriend others all across the socioeconomic spectrum and the political spectrum. He was kind and respectful to people no matter their position – befriending and showing respect to and intense interest in prime ministers and casual laborers alike. The way in which Dr. Haque lived his life should be a model and inspiration for us all. God rest his soul. Dr. Haque – you are deeply missed.

Tim Hanstad is CEO of the Chandler Foundation and Co-Founder and now Board Member of Landesa.